The great Coca-Cola prohibition of 2013 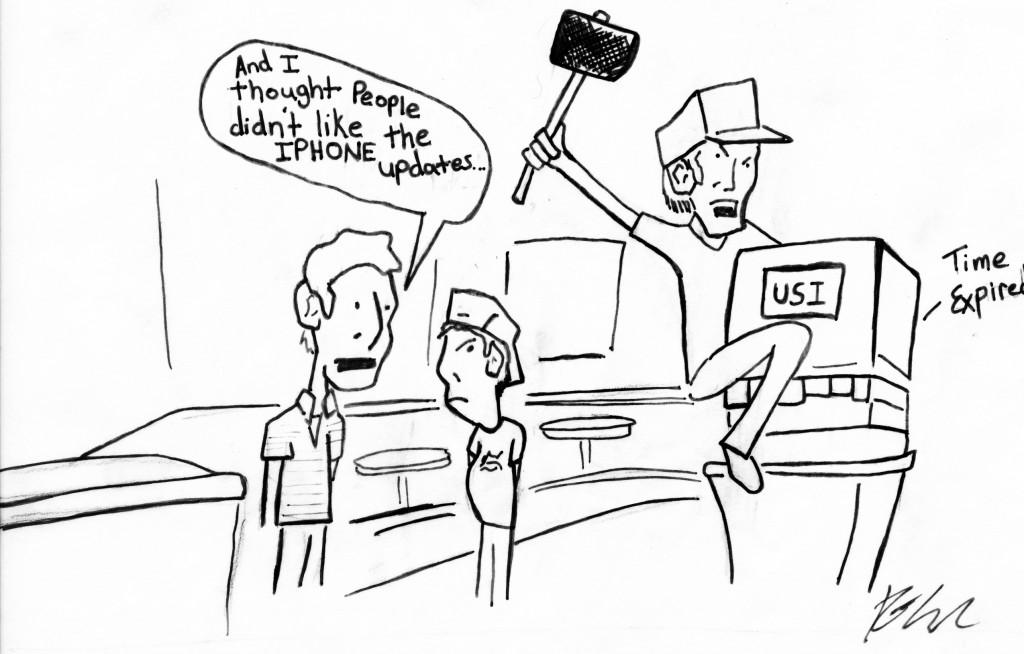 It’s about to get all 1920s at USI after Sodexo put in place their own version of prohibition by stopping the consumption of multiple free refills, and limiting students to just one refill per cup with new Coke machines and cup sensors.

With the need for caffeine on the rise, students are going to be smuggling in all types of caffeine-laced beverages on campus.

Allowing just one refill per cup is somewhat understandable, but only giving the customer 90 minutes to receive it is completely outrageous.

As students, faculty and staff at USI, there are very few perks that make being on campus tolerable. Being able to grab a refill on your way to class or before a boring department meeting was the one shining light of paying the outrageous price for food on campus.

The timing of it just makes everything worse, as Sodexo opted to have the new Coke machines installed over fall break instead of over winter or summer break.

Students didn’t know about these changes until the machines were installed, and some didn’t know until they ordered food and were told by workers behind the counter.

I agree that people who fill up anything that can hold Coke should be stopped, but this was just a huge step that was made without thought to how it would affect student life.

Sodexo: Instead of using paper cups everyday, have students pay for a fancy plastic cup for $25 or $30 allowing them to get as many refills as they want within the year.

If you still think that is too cheap, which you probably do because you’re Sodexo, then charge students every semester instead of every year. Or  hell, give students 12 hours to get their refill. They still only get one so why should it matter how long it takes to get it?

This will help cut down having to pay employees to put the sensors on the paper cups, and it will cut down on the extra paper cup waste, since a huge majority of them are thrown away instead of being recycled. If students forget their cup one day, then they don’t get a drink unless they want to fork over the money for a paper cup.

Going with the plastic cup route will save Sodexo money, stop students from stealing and lower the waste at USI making it just a little greener. Isn’t that what USI claims to be anyway?