Greeks had Bieber fever on Friday at a lip-syncing competition to benefit P.A.A.W.S. in a packed Mitchell Auditorium. 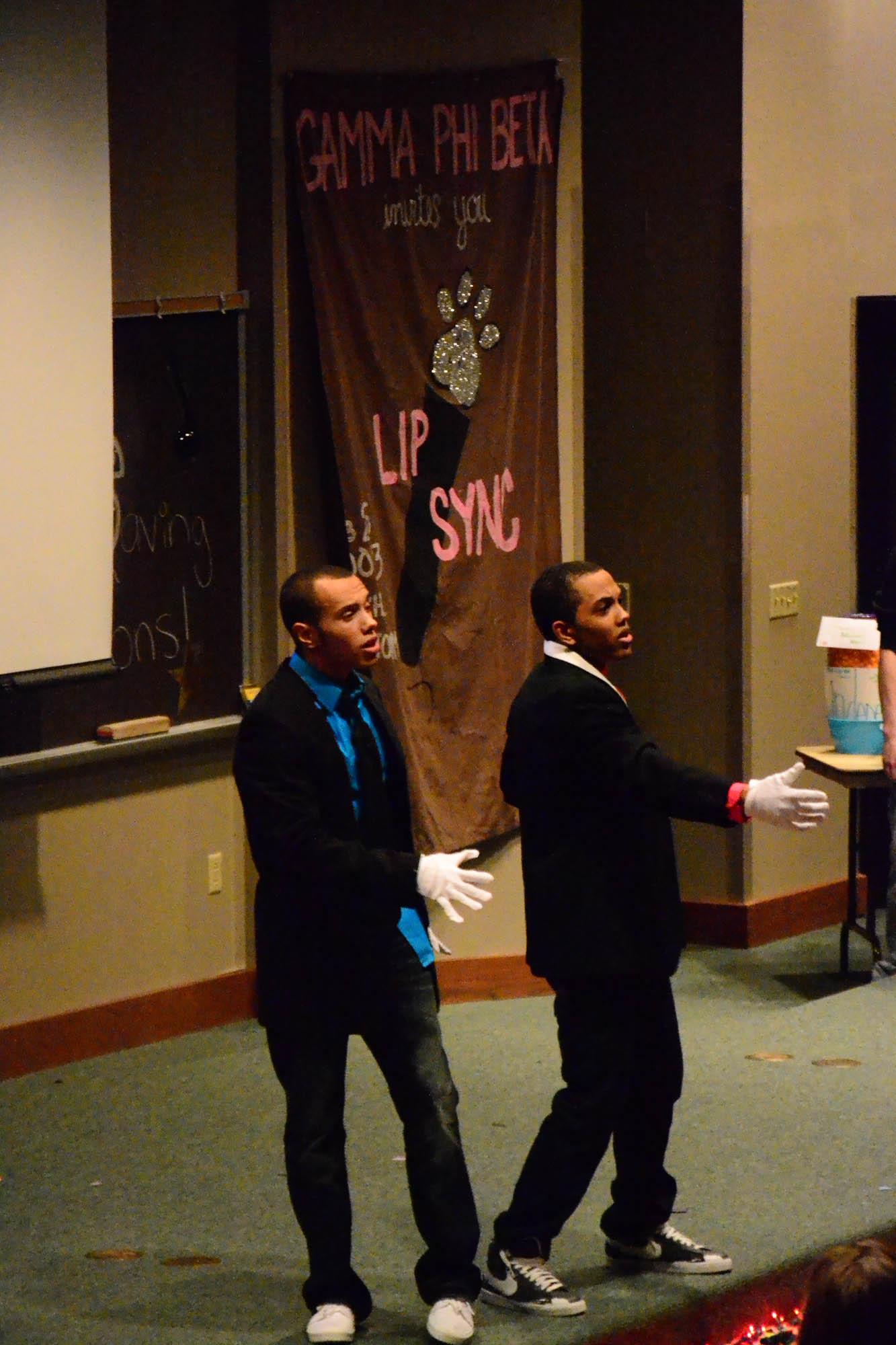 Costumed students from USI sororities and fraternities danced and sang along to pop hits, while P.A.A.W.S. volunteers entertained the crowd with some of their furry, adoptable friends.


“We try to save as many cats and dogs as possible each year,” Meckam said.

Volunteers, in addition to finding families for pets at weekly adopt-a-thons, serve as foster parents for animals.

“I personally at one point had 14 kittens under 14 days old,” Meckam said.

The organization also offers those who can’t adopt the opportunity to sponsor a pet or foster a pet.

The sorority’s charity work for P.A.A.W.S. was one of the things that attracted her to joining the USI chapter, said sophomore Whitney Brown, Gamma Phi Beta’s philanthropy chairwoman.

“I really like what they do for the organization and the locals,” Brown said.  “It’s a great event.”

All the proceeds from the contest’s $3 per person admission fee are donated to P.A.A.W.S.

In the end, the boys of Alpha Sigma Phi won bragging rights with their shirtless boy band medley.

“I think I’ve had enough Justin Bieber to last a lifetime,” he said.