“The Rehearsal” pushes reality T.V. to the limit 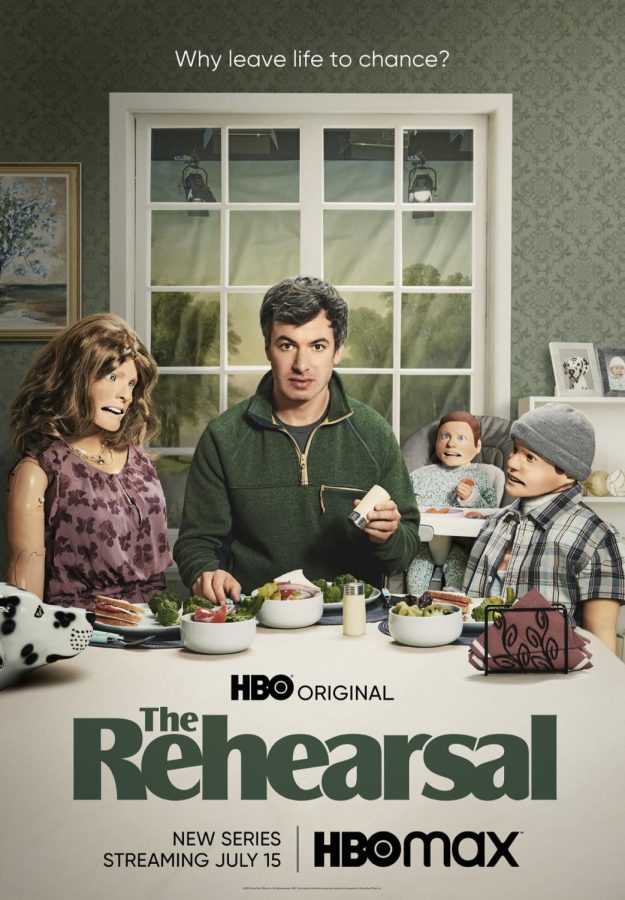 HBO’s new reality T.V. series “The Rehearsal” blurs the line between fiction reality. Nathan Fielder sets out to answer the question, “if you could rehearse how any given situation in life might play out, would you?”

Daily life can be intimidating to navigate. Countless interactions and decisions make for an overwhelming ordeal. In stressful situations, you might be fretting over your ability to make the right decisions in the moment, but if you could rehearse how any given situation might play out, would you? Comedian and actor Nathan Fielder sets out to answer this question and more in his newest show, “The Rehearsal.”

The first season started with a fairly simple premise. In each episode, Fielder helped a client overcome their anxiety about an upcoming confrontation or general-life problem by putting them through simulations of each scenario to rehearse. With his unlimited resources, he meticulously recreates the environment for each simulation and goes through countless scenarios to make sure the participants are prepared for any outcome.

However, as the season progressed, the premise started to fall away as Fielder found himself diving deeper into the false realities he had constructed.

“The Rehearsal” is labeled as a comedy, but the show is so unique in its approach, it hardly feels comedic at times. Most of the comedy comes from the ridiculous situations and the way Fielder dryly reacts to the people he is trying to help. There is a complexity in the way this production tackles small problems, and it’s absurd nature may leave you in a stunned silence more than a laughing fit.

Fielder often exaggerated his own persona in his previous show, “Nathan for You,” but the line between fiction and reality becomes blurred in “The Rehearsal.” His own fears and insecurities slowly emerge as he interacted with clients and tried to understand where he went wrong with his mistakes.

Fielder would often undergo his own rehearsals throughout the show to prepare for confronting the people he was there to help. These scenes tended to be dramatic and proved the rehearsals aren’t a great substitute for simply experiencing life as it comes at you.

This show goes through an evolution of format over the course of season one. The first episode implied an episodic nature where Fielder helps out a different person each episode. However, starting with episode two, one big rehearsal sticks as the major plot line for the rest of the season. Fielder uses this arrangement to explore his feelings and how his actions are affecting others.

What intrigued me the most about the narrative of season one is the underlying story of the ethics behind this show and reality television as a whole. Each episode pointed out issues of manipulation and the act of tampering with the lives of others for T.V. This show makes you, as a viewer, sit with the knowledge that this type of entertainment can be harmful to its participants.

“The Rehearsal” addressed the idea that these actors and ordinary people don’t have much time to read the fine print of their contracts, and they failed to realize the lasting effects this show could have on their own lives. When child actors are involved, how can they know what is supposed to be real or fake in these absurd simulations that are designed for our entertainment?

By the end of the season, Fielder is only rehearsing his own life for the sake of finding something he feels is missing. There are no more participants, and he is left trying to relive the same experiences to see where he went wrong. This season ends in an uncertain place. One can assume the limits of what is conceivable for T.V. will only be stretched further in the recently announced second season.

Fielder usually pushes boundaries that land in a morally gray zone, but “The Rehearsal” resulted in a fascinating piece of art that feels very intentional in what it’s communicating to the audience. It’s an experience I’ve never had with a T.V. show. It got me to not only look deeper into the entertainment I consume, but who I am as a person. With just six brilliantly crafted episodes, “The Rehearsal” gets a nine out of 10.

Maybe our lives would be better with some preparation and some rehearsing, but if this show proves anything, it’s that getting stuck in your own head can keep you from experiencing something real.