Board of Trustees will vote on Division I Feb. 7 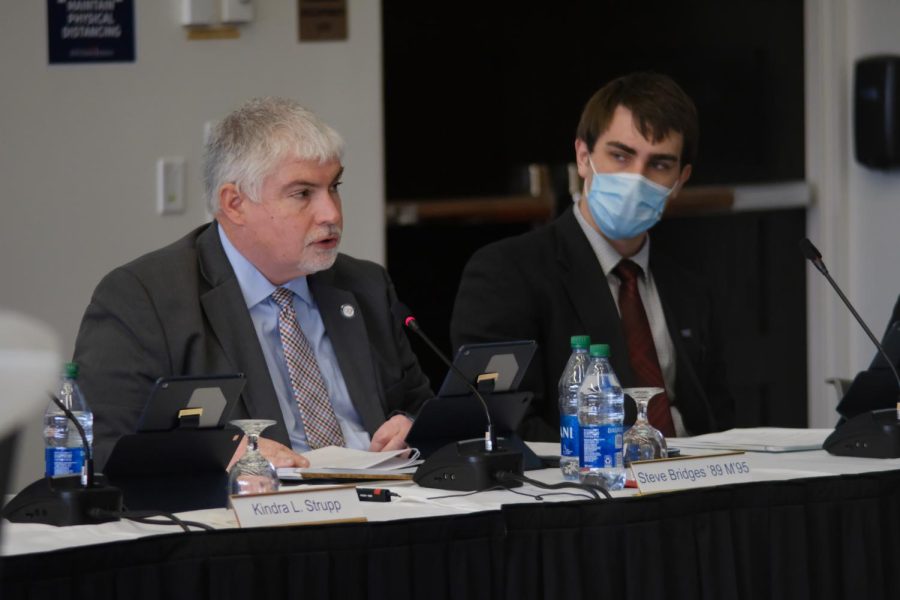 The Board of Trustees will make their final decision about transitioning to NCAA Division I on Feb. 7. President Ronald Rochon announced the news at the Faculty Senate meeting Friday.

“The Trustees will meet on campus for their discernment and final vote,” Rochon said. “I anticipate they will have their final vote on that day identifying whether or not USI will go Division I.”

Following Rochon’s announcement, the Board of Trustees announced on Friday there will be executive and special sessions on Feb. 7 for the discussion of the potential transition of athletics to Division I.

The special public meeting will be held at 1 p.m Feb. 7 in Carter Hall with limited in-person attendance and will be live-streamed on Carter Hall’s YouTube channel. They have not announced the time and details of the executive session(s) as of Friday.

The Board of Trustees will be considering research from the final report from the Division I Exploratory Committee released on Jan. 13. This internal report details the rankings and reasoning of campus assessments and financial information related to the transition. An external consultant report by The PICTOR Group commissioned by administration may be considered as well.

“The report of the consultant has not even come to my office yet,” Rochon said. “That’s going to go to the Trustees when, I understand, hopefully by Monday.”

Rochon said the external report will be made public just as all other information has been so far.

“I want to make sure the campus community has access to what it is that we’ve learned and what the Trustees are utilizing for discernment,” Rochon said.

Rochon said he talked to the president of Northern Kentucky University. NKU is in the Horizon League Conference, one of the three conferences included in the final Division I report.

“They were extremely forthcoming and helpful with regard to what all they have experienced as it pertains to their transfer to Division I,” Rochon said.

Read more about the final report from the Division I Exploratory Committee here.