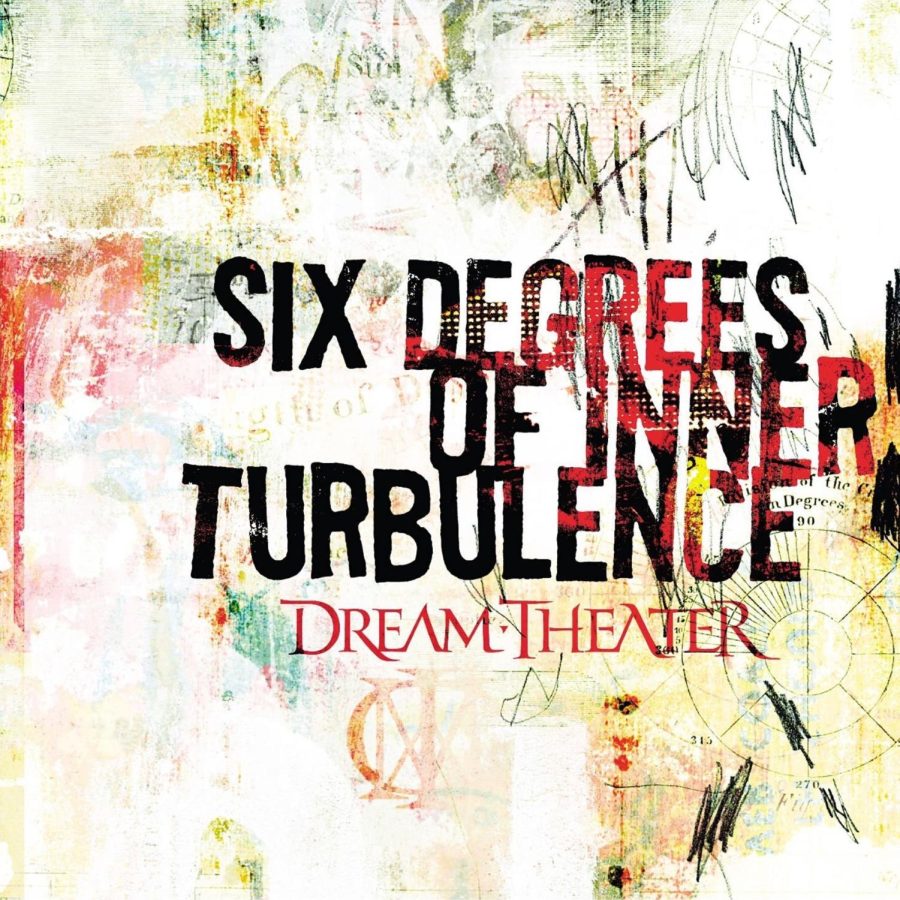 “Six Degrees of Inner Turbulence” is the sixth studio album by progressive metal pioneers Dream Theater. Released on Jan. 22, 2002, this album explores multiple different mental health issues and concludes these issues do not make you any less valuable in the grand scheme of the world.

Of course the message does not mean anything if the music suffers, but this album has some of the most technical and dynamic musical presentations to come out of the early 2000s. Dream Theater is able to express a wide variety of sounds over ten minute songs and keep the instrumentation consistent and entertaining all of the way through.

The album starts off with “The Glass Prison,” a song exploring drummer Mike Portnoy’s struggle with alcohol abuse through the Alcoholics Anonymous program. The song’s instrumentation is one of the band’s heaviest with chugging guitar riffs and a bombastic synthesizer performance that adds to the theme of learning to overcome the mental battle of addiction.

The next song, “Blind Faith,” is a calmer song about questioning religious beliefs. The song is pretty smooth all the way through but has a middle section with bombastic instrumentation that represents the mental turmoil of questioning what has been accepted by those around you.

The solo itself was written and recorded, played in reverse, then that recording was reversed again and used in the final version of the song. The disorienting nature of it cements the story it tells. The singing on this track is also my favorite out of the entire album. James LaBrie sounds the best when his tone is low and more relaxed, like it is in this song.

“The Great Debate” is a product of its time when it comes to themes of mental battles in the political world. The track is a non-partisan song dealing with the topic of stem cell research. It brings up both sides of the argument equally and shows the insanity of trying to figure out what is morally right versus what is best for everyone.

As for the instrumentation, this song has some of Portnoy’s best drumming. The three minute intro has Portnoy alternating between simple, groovy beats to unorthodox time signatures that increase in tempo until the rest of the band joins in.

“Disappear” is the ballad on the album. It is a very slow acoustic and piano led track that focuses on two views of death. This song is told like a story and shows one person accepting it while another fears it. It is a great breather in the tracklist before transitioning to the title track of the record, “Six Degrees of Inner Turbulence.”

The 42 minute long song is the longest song the band has recorded. It is split into seven parts and represents six mental disorders, such as bipolar disorder, post-traumatic stress disorder, schizophrenia, postpartum depression, autism and dissociative identity disorder.

The instrumentation goes through many changes over the song by starting off with an instrumental backed by an orchestra and transitioning into each disorder. Even though this song is one of the longest I have ever listened to, the band is able to make use of every second of it. It never sounds boring or stale to listen to, and that is a marvel in itself.

“Six Degrees of Inner Turbulence” stands tall after all of these years as a relevant and inspirational statement about mental health while still boasting some of the genre’s strongest musical performances of the decade. Even with the songs’ beefy lengths, the creative instrumentation and relevant, meaningful themes make sitting through this album worth it.