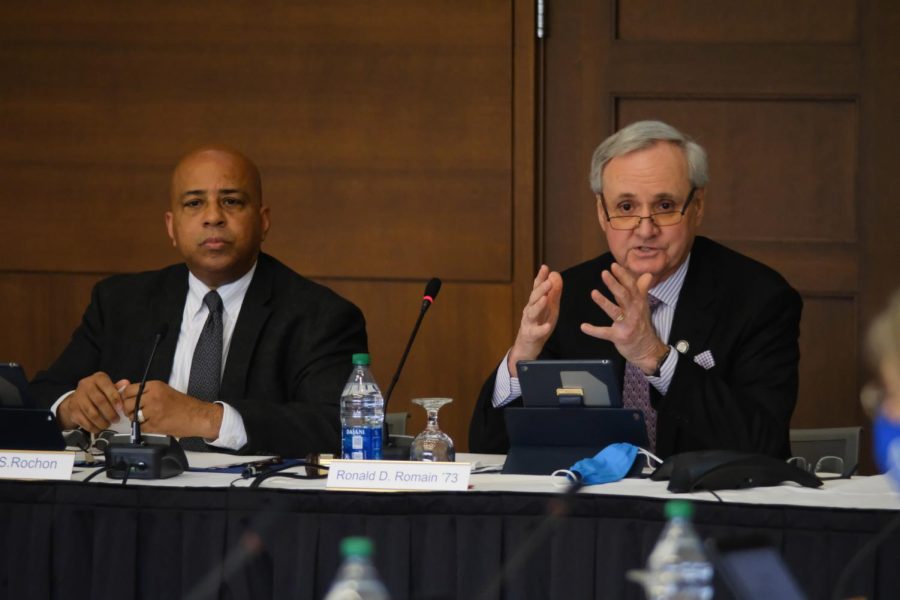 The Division I Exploratory Committee released their final report to the public Thursday. The report broke down the 24-member committee’s feelings and research on transitioning university athletics to Division I.

The report evaluates 26 different assessments of items the committee covered to determine the readiness and feasibility of transitioning to Division I. Each item was rated on a scale from one to three where one is ready for transition, two requires minor adjustments to be ready and three requires more than minor adjustments.

Five of the items were ranked as a one. Academic quality of the university was listed in this category, and according to the committee’s report, “None of the academic standards or entrance requirements at USI would need to be adjusted to make the transition to Division I.”

Eleven of the items were listed as a two. Ensuring student-athletes have sufficient time for academic programs was in this category, and according to the committee’s report,  “Existing policies should be enhanced to ensure that student-athletes have time for their studies as frequency and duration of travel time for Division I athletics will likely increase over Division II athletics.”

Ten of the items were listed as a three. Raising the level of competition and talent, finances and the new staff that would need to be hired were listed in this category.

The committee was clear in the report and previous presentations, including the committee’s co-chairs presentation at the SGA public forum on Dec. 2, 2021, that the $5.4 million dollar gap would be filled through student fees and fundraisers.

The report also included the committee’s DI survey results that were previously released at the university meeting Jan. 5, 2022.

The Division I Exploratory Committee was co-chaired by Jon Mark Hall, director of athletics, and Nick LaRowe, professor of political science and university athletics council chair.

Ron Romain, chair of the Board of Trustees, said, “There’s a lot of information that has been provided to the trustees for our consideration to allow us to continue our deliberations on this particular important topic.”

President Ronald Rochon said, “It will take some time for the Board of Trustees to digest the information from the feasibility study.”

The board expects to make a decision by mid-February 2022, Rochon said.

“Please bear with us,” Rochon said. “This is an important decision, and we’re taking it as seriously as we should on behalf of the university and committees.”