Opinion: Students have mixed feelings about DI, it’s easy to see why 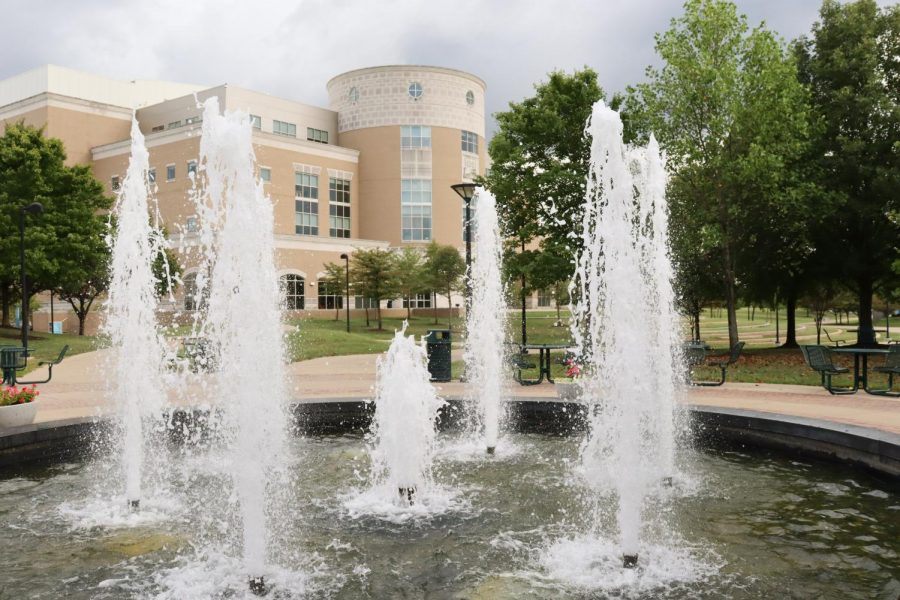 Students express mixed feelings about the Division I feasibility study. President Ronald Rochon announced Sept. 27 that the university would be studying the feasibility of transitioning university athletics to NCAA Division I.

When President Ronald Rochon revealed the university is studying the plausibility of transitioning university athletics from NCAA Division II to Division I, it expectedly caused a stir. Faculty, students, athletes, alumni and the community have varying yet strong feelings on the issue.

Members of the campus community, especially students, have been left almost completely in the dark since the main email announcement by President Rochon on Sept. 27, 2021. Aside from a few short emails and public statements, there have been few updates and even fewer firm answers.

“They sent a couple emails, but they didn’t really say anything,” said James Wassmer, a sophomore business administration major. “We don’t know what their thought process is. They just say they’re looking at it.“

The Shield conducted a survey titled “Let’s Talk” with the aim of gauging student opinions on current campus conversations.

Students could choose from strongly disagree to strongly agree on various statements submitted by members of The Shield staff. In addition, there were optional places where students could explain their opinion. The survey was included in The Shield Source Oct. 28, 2021, shared on The Shield’s Facebook page and in the Facebook class groups and was tabled for by The Shield.

One statement from the survey students could choose from a range of strongly disagree to strongly agree was “I think USI should transition to NCAA Division I.”  Students were then given a space to explain why they chose their previous answer.

Responses varied, but there were more students who voted in opposition to the transition than those who voted in favor. The opinion with most votes was one of neutrality with 43 students not feeling strongly either way.

A common concern expressed by students in the survey was that students would pay the literal price for the DI budget. Some students said simple issues on campus that affect the entire student body, such as dining and the bus system, need to be addressed before so much effort and money is contributed to DI.

Many expressed they came to the university because it wasn’t a major sports school, wanting the school’s emphasis to be on their education first and foremost.

Alternatively, other students expressed their support for DI by saying transitioning to DI would bring about heightened interest in the school, increasing its reputation and popularity. Others felt the transition could bring a more diverse population to the university as well as more revenue.

In order to receive a more in-depth understanding of the student perspective, I approached several students for an interview. They each had various hopes and concerns.

Brayden Webster, a sophomore psychology major, raised the concern most commonly cited by other students in The Shield’s survey. “If it is going to raise tuition or create an added cost towards students, I don’t think that a lot of students are going to be very keen on that,” he said.

Webster said he wondered how the university would compare to other big DI schools.

“What would be the benefit of staying at USI?” Webster said. “If there were an added cost, why would I stay at USI and not go to somewhere like IU where I would be paying a similar cost but get the esteem that comes with having IU on a diploma?”

“I am excited that we could potentially get to that DI level and be that special sort of tight-knit sports community,” Gordon said.

She said she is concerned about being able to compete at a competitive level if university athletics makes the transition. “Going from being at the top of a DII to the bottom of DI is a possibility.”

Gordan said she understands the university can’t give answers to some questions because they simply don’t have them.

“We don’t need exact specific details,” Gordan said. “If they could just say, ‘Hey, this is the stage we are in now,’ shed some light and clarify some things.”

It is my own opinion, as well as those I interviewed, that the university is simply not being clear enough about the decision-making process or how the transition will affect the campus community. This sentiment was shared in student survey responses with many saying they didn’t know what transitioning to DI meant or even what DI was. This was the reason stated for most neutral votes.

I personally have not heard many alumni voices on the topic. Megan DeSpain, a university alumna, said besides potentially more enrollment and revenue, she was not sure what transitioning to DI would do for the university.

”However, with it being largely a commuter college, I do think moving up would really put them on the map,” DeSpain said. ”More students, whether for athletic reasons or not, would look at USI as a potential choice.”

The Division I Exploratory Committee is finally sending out a survey Monday to survey students, faculty and staff’s feelings on DI. The beginning of the survey will include a FAQ.

I feel I have not been given enough information by the university to make a well-informed opinion on the topic. However, I can only hope the university keeps the best interest of the entire student population in mind, as the faculty, students and their families and alumni are the ones who hold the most passion for the university and have made it into what it is today.