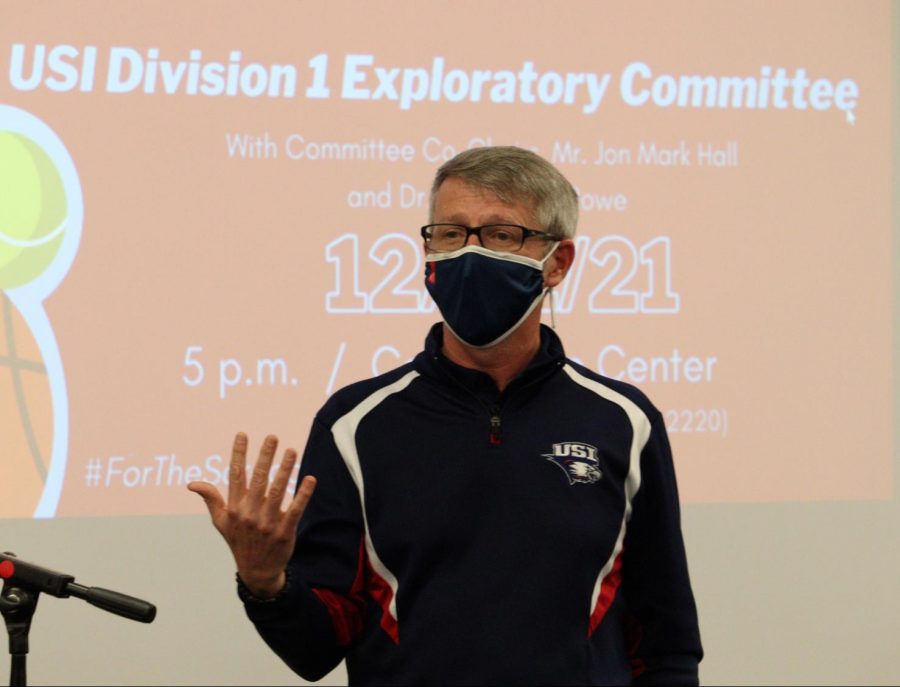 The Division I Exploratory Committee met for the final time Friday morning and are currently in the process of finishing their report that will be presented to the Board of Trustees Jan. 13, 2022.

The Division I Exploratory Committee is composed of 25 members who are studying the feasibility of transitioning university athletics from NCAA Division II to Division I.

The committee will be sending a survey to the campus community Monday. The survey will open with a FAQ about Division I, ask one or two questions about how the respondents view the feasibility of transition to DI and end with a place for comments.

Jon Mark Hall, director of athletics, said the current budget for the university athletic department is around $6.6 million. The budget will need to be around $12 million.

“The main ways to fill in that gap would be to fundraise dollars — we’d have to go out and get donations — and then a student fee,” Hall said.

Hall said he is “talking in hypotheticals,” but if there was a student fee, it would increase gradually.

Hall said his opinion is university athletics could compete at a Division I level if the university provides some additional resources.

“We want to make sure if we were to do this, that we have a chance to be competitive,” Hall said.

Nick LaRowe, assistant professor of political science and pre-law coordinator, said the budget projection is set to fund the program at a competitive level.

“President Rochon has said it multiple times, ‘we don’t want to be someone else’s homecoming game,’” LaRowe said. “If you’re a sports fan, you get the reference right?”

The Division I Exploratory Committee studied universities that transitioned to Division I and are comparable in size and academics to the university, LaRowe said. He said some of the schools the committee looked at were the University of North Carolina Asheville, Southern Illinois University Edwardsville and the University of Wisconsin-Green Bay.

The 25 member committee was broken into two categories of study: Division I philosophy and institutional control. Some of the topics the committee looked at included feasibility of school spirit, educating the staff on the NCAA rulebook, educating students about the transfer and academic support for athletes.

Both LaRowe and Hall said the committee is simply conducting a study and is not involved with making the final decision.

LaRowe and Hall said they think the Board of Trustees will vote in early 2022.

At the faculty senate meeting Friday, Provost Mohammed Khayum said he did not think the Board of Trustees would be voting Jan. 13, 2022. He said he thought they would vote in early 2022.