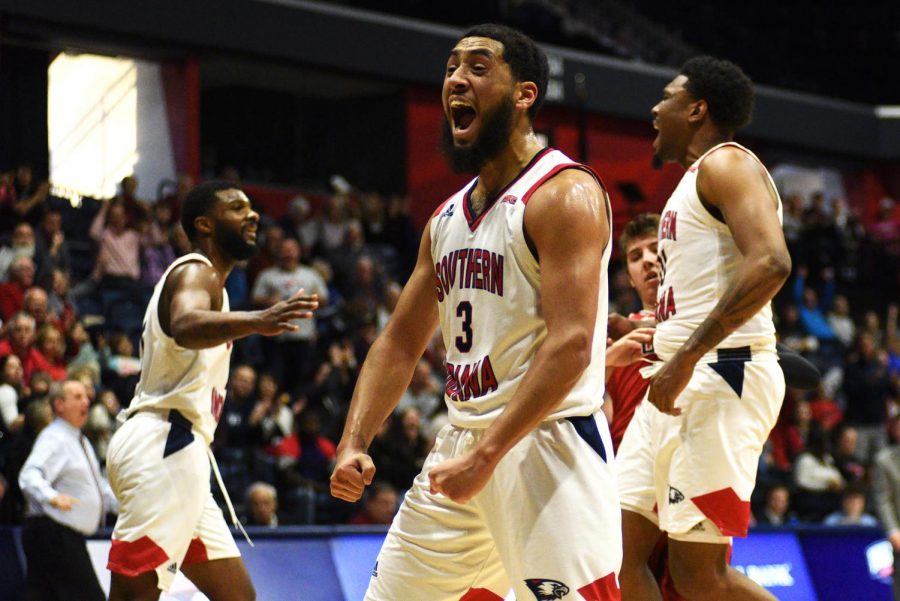 “We’d love to see our students out to the Screaming Eagles Arena,” said Rick Stein, women’s basketball head coach. “It’s their arena. We want them in it, and we want to fill it.”

Stein said not being able to have in-person fans last season was tough for student-athletes and their families as well as for fans, season-ticket holders and students. Fans have been allowed to watch other university sports in person this academic year including volleyball in the Screaming Eagles Arena.

Stein said there is excitement about having in-person fans for the upcoming basketball season.

“You can just feel it in the air that basketball season is on us,” Stein said.

The women’s team is looking at a challenging season with a tough schedule, Stein said. He said he would love to see students cheering on the team Tuesday.

The men’s basketball season kicks off at 7 p.m. Thursday in the Screaming Eagles Arena.

Stan Gouard, men’s basketball head coach, said after nearly two years since fans were allowed in the stadium to watch basketball, he was excited.

He said, “We have a great student body, and we hope to get them back out to some events.”

The Screaming Eagles Arena is a beautiful arena, Gouard said. He said he was excited to have students and fans in the arena cheering on the basketball teams.

“Every game is a big game,” Gouard said. “We would love to increase our student support and have the rowdiest crowd in the country.”

Gouard said people are ready to get out of their house after living in the COVID-19 pandemic. “What better way than to come out and support USI basketball?”

The schedule for men’s and women’s basketball games can be found here.