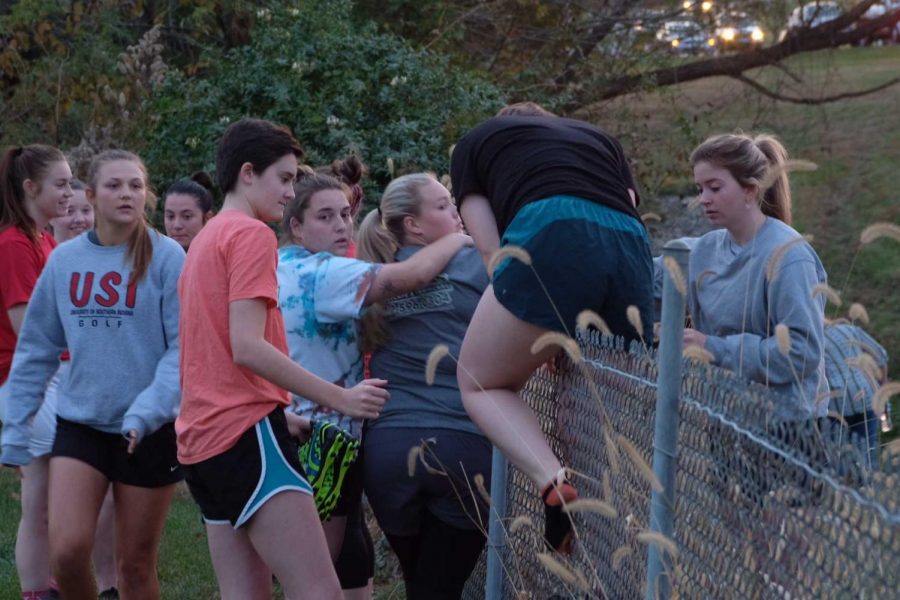 Nursing major Eleanor Conley climbs over a fence by the Lloyd Expressway Wednesday evening. Conley was first on the scene when a car rolled off the expressway. There were no fatalities.

A car flipped on a ramp leaving the university heading East to the Lloyd Expressway Wednesday evening around 4 p.m. There were no fatalities.

Students from the women’s rugby team helped a woman and child trapped inside the car after it crashed near their practice. The mother was the only one trapped in the car.

Abby Sink, a staff writer, said the scene was still with only the child’s cries filling the silence.

Eleanor Conley, a nursing major, was the first on the scene when a car rolled off the exit interrupting practice for women’s rugby. She climbed the fence by the Lloyd expressway to help.

Conley said the driver of the car was having a seizure.

She said the car was lying on its left side, but they didn’t want to move the car to keep the woman’s neck stabilized.

Conley had to convince the driver to get out of the vehicle.

“When she woke up, she was very confused, which is typical for a seizure,” Conley said.

Once the car was stabilized, Perry Township Fire Department safely removed the woman from the car.

University public safety could not be reached for a comment on the accident at this time.