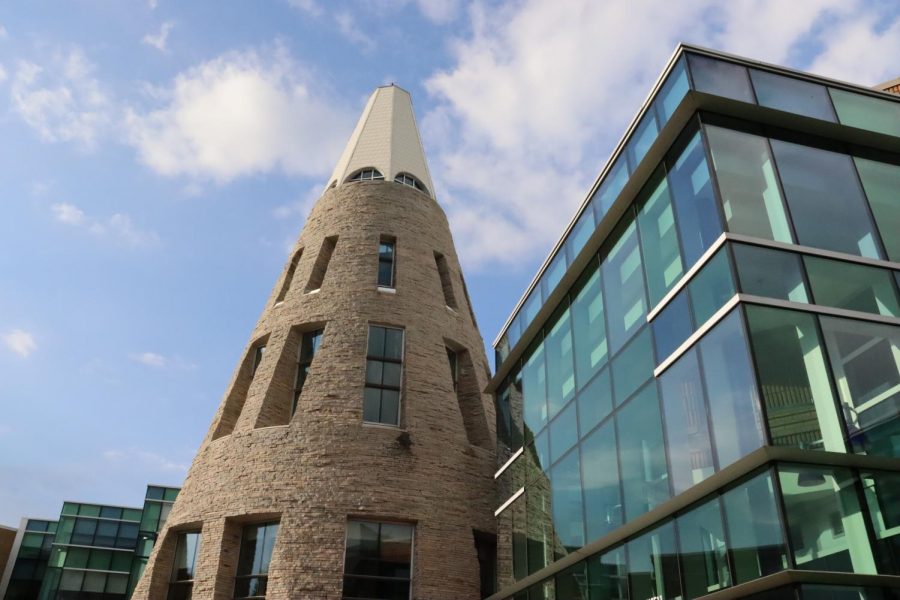 The university is conducting a feasibility study to see if a transition to NCAA Division I is possible. At a Faculty Senate meeting Oct. 8, 2021, President Ronald Rochon said "I will tell you all right now we do not have a lot of answers, that's why we're doing the study."

University administration and athletic department are working with members inside and outside the campus community to investigate the feasibility of transitioning the university from Division II to Division I.

The university athletic department is a member of the NCAA Division II and the Great Lakes Valley Conference. If the Board of Trustees decides to go through with shifting to Division I, they will make a bid in January.

University athletics was asked to join a NCAA Division I conference by a conference commissioner early August. President Ronald Rochon and Ronald Romain, Board of Trustees Chair, decided to explore the idea of transitioning to Division I.

Jon Mark Hall, director of athletics, said that because the university was approached directly, it was time to do a study.

“I want to do what’s best for the institution,” Hall said. “I mean that sincerely.”

Rochon emailed the campus community that the university will be looking into Division I feasibility on Sept. 27, 2021.

After the announcement, Rochon formed the Division I Exploratory Committee composed of around 25 campus community members and hired PICTOR Group, a Nevada based organization that provides consulting to universities about NCAA athletic transitions, to investigate the feasibility of the university transitioning to non-football Division I.

Rochon spoke to the Faculty Senate Oct. 8, 2021, about the feasibility study.

“When I was announced as president, one of the first questions that was asked by the media is ‘when are we going Division I,’” Rochon said. “I felt that we were in a sweet spot at that time. I’m still feeling really good about the GLVC.”

Rochon initially said in the email the information gathered would be presented to the Board of Trustees in November, but later announced a delayed deadline of December.

Some faculty still found this timeline to be too short.

The Faculty Senate expressed concerns about the financial cost of transitioning to Division I.

Crystal Steltenpohl, assistant professor of psychology, said in addition to the application cost, the university will have to upgrade facilities, hire more athletic staff and many more unforeseen costs.

“My worry is as much as we say that we’re doing this for the students that the students are going to get lost in this,” Steltenpohl said. She said students are already struggling because of COVID-19.

The Counseling and Psychological Services are understaffed to support the students who need help, Steltenpohl said. She said faculty and staff are currently overwhelmed doing additional work that’s not included in their job descriptions.

Steltenpohl said, “If we can’t acknowledge that, I think this is going to go over like a wet blanket.”

Shannon Pritchard, associate professor of art history, said the university is in a situation where they need to focus more on the people who are still at the university.

“I don’t honestly think we could go forward with this until we get our own house in order,” Pritchard said. “There are so many things that need to be taken care of here on campus — I don’t care if they approached us, it doesn’t mean we have to respond.”

Rex Strange, chair of the Faculty Senate, is on the Division I Exploratory Committee. He said, “I’ve been asking, has anyone said anything positive about Division I?”

Strange said he was skeptical about Division I.

Faculty Senate members expressed concern over the transparency of this committee worrying that faculty would not have any say in deciding to transition.

“The process is starting to sound more and more opaque to me,” said Charles Conaway, College of Liberal Arts Faculty Senate representative. “That really bothers me.”