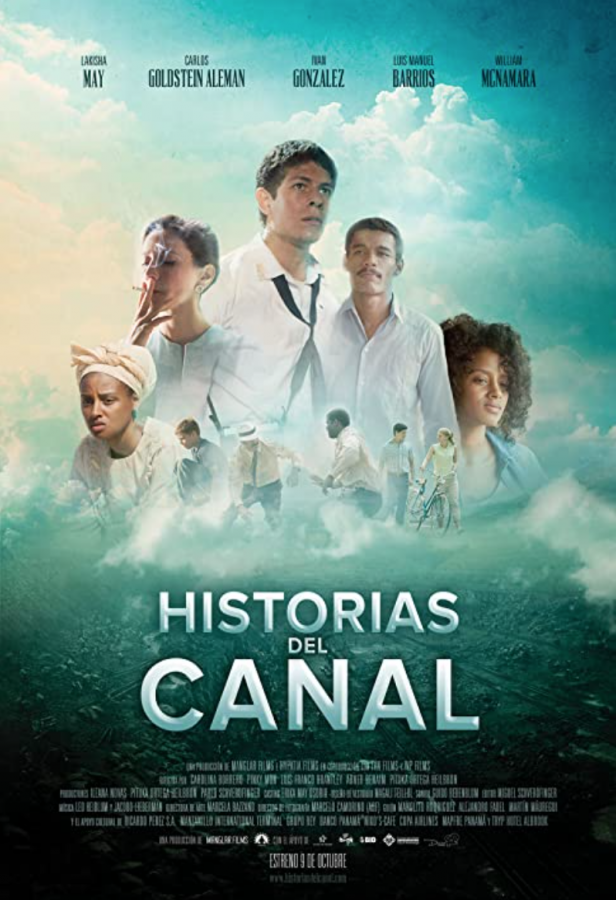 Chances are, you’ve heard of the Panama Canal. However, there’s a richer history behind the canal your teachers probably didn’t teach you in school.

“Panama Canal Stories” is a movie about the lives of different people and how they were affected by the Panama Canal. Spanning over the course of a century, the movie explains the history behind the canal, such as the construction of the canal, the 1964 Flag Protests and the 1978 Torrijos-Carter Treaties.

I was introduced to the film by the university Spanish Club. This student organization plays Spanish language films Thursdays in Forum I. Before the movie started, Yoel Alvarez, a freshman Panamanian psychology major, said, “We gave away a piece of our country, so we could connect the world together.”

This statement and the film made me view the canal from a whole new perspective.

The Panama Canal is a canal that was dug at the tip of Panama to create a shortcut between the Atlantic and Pacific Oceans, greatly reducing travel time. The French originally began construction on the canal in the 1800s but stopped due to engineering problems and a high worker mortality rate in 1881. The United States took over the project in 1904. The canal officially opened Aug. 15, 1914.

“Panama Canal Stories” centers around the Panama Canal by telling five unique stories. The different perspectives in the film are intriguing.

The first story follows a young Jamaican woman who was a canal worker in 1913. The second story shows a young boy’s burning love for Panama in the 1950s.

The third perspective follows a young Panamanian photographer who participates with other local university students to protest the U.S. occupation in the Canal Zone in 1964. The fourth feature is of a Panamanian taxi driver spying on two U.S. diplomats in 1977 when President Jimmy Carter was going to hand the canal back over to Panama.

Finally, the fifth story is of a singer from Chicago who goes to Panama in 2013 to discover her family’s heritage.

One of my favorite elements in the film was how the setting changed from one time period to another. History is one of my favorite subjects, so it was fascinating to watch how life with the canal changed over time.

I learned a lot about Panama in this film. First, 27,000 people died while building the canal. Without those workers, the Panama Canal would’ve never happened.

Second, I never knew the Canal Zone existed until I watched this movie. I had no idea that almost 65,000 U.S. citizens were living in this territory of Panama. The most interesting part is that the U.S. citizens living there thought the Canal Zone was their own country when it was really Panama’s land.

The 1964 riots highlight this overarching idea. The divide between the U.S. citizens and the Panamanians was unbelievable.

The U.S. would stay on their side of the zone and the Panamanians were allowed nowhere near it. It was heart-wrenching to watch the U.S. citizens yell to the Panamanian students, “Stay on your side!”

Even when the Panamanians gained control of the Canal Zone on Dec. 31, 1979, the movie shows the Panamians’ fear that the U.S. would take the canal back.

One of the things that stood out to me the most in “Panama Canal Stories” was the feel of each time period, specifically 1950 and 1977.

The scenes in the 1950 story were beautiful with lush plants everywhere. It was a tropical paradise, and I never knew that Panama was so pretty.

I also love the snippets of 1950s music throughout the story. It’s the staple that gives the feel of living in that time period.

The 1977 story is my favorite because of the fashion, music, discos and tacky designs. The aesthetic in this era kept me attached to the story.

The main character in this section, Silverio (Luis Manuel Barrios), would have to be my favorite character in the entire film. He gives off a cool persona when he spies on two U.S. diplomats visiting Panama to evaluate the treaties.

Silverio decides to take the risk of getting into serious trouble to protect his country from any possible threats. His character displays the pride Panamanians have for their beloved country.

“Panama Canal Stories” is an engaging and impactful movie. The movie allows viewers to better understand the relationship between Panama and the U.S. by showing the canal’s significant history for both countries.

If you like history or Panamanian culture, you will genuinely enjoy this movie. Overall, I’d give this movie a four out of five.

“Panama Canal Stories” will show you what the Panamanians sacrificed to connect the world.

The Spanish Club is showing “Chinese Take Away” 7 p.m. Thursday in Forum I.