From the Archive: Madman… Some Good Cuts 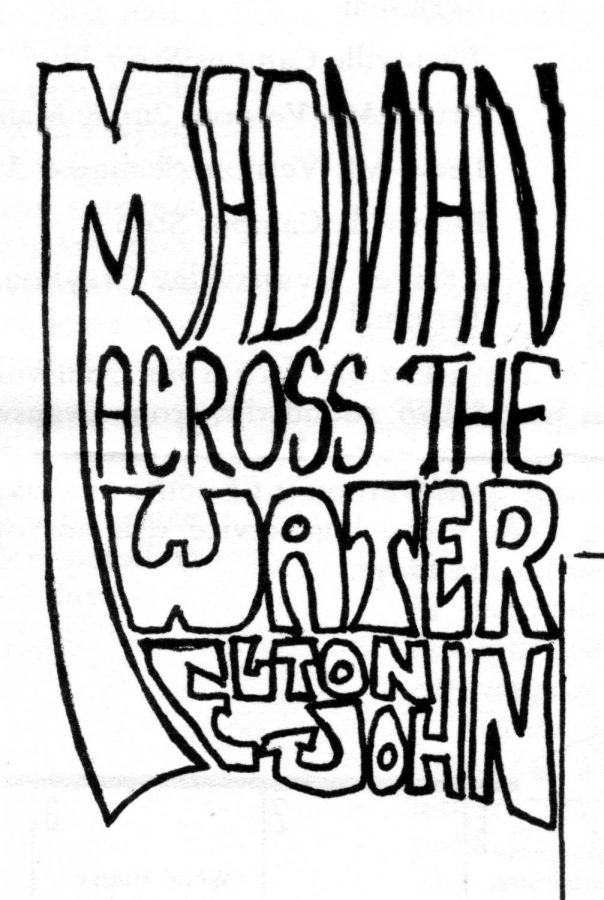 The first issue of The Spartan Shield was published Oct. 15, 1968. The Shield Staff is celebrating The Shield’s 53rd birthday by digitally republishing stories from The Shield Archive. In 1972, you could buy a copy of Elton John’s “Madman Across the Water” for only $6. That’s roughly $40 today when adjusted for inflation. While streaming music is the norm today, in 1972 buying an album was typically done on rare occasions.  Shield writer Bob Blackman gives his pitch Jan. 18, 1972, on why the now classic album was worth the money. The following story published has not been edited by the 2021-2022 staff.

Story from The Shield Archive:

Elton John’s new album is out and it’s a good one.

He’ll have no worries about selling it either due to the overwhelming success of his past albums.

“Madman Across the Water,” like his other albums, is filled with that same acoustic and semi orchestral music combined with Bernie Taupin’s unusual and somewhat vague lyrics.

Most of the songs off this album are fine. The music and the words prove that these two songwriters are maturing.

On all of their records though, there is usually one song that is worthless. on “Madman Across The Water” just skip over “All The Nasties.” Yes “Holiday Inn” is about the motel chain but it’s good.

There’s a toss-up for the best songs on the record and my choices will be extremely opinionated, but “Tiny Dancer,” “Levon” and “Indian Sunset” are outstanding.

By what he is doing it is obvious that we do not have to expect bad music from Elton John.

There seems to be good evidence in the words to the songs that the “Madman Across the Water” Elton John refers to is the United States. If so, this is his first album to contain an undefined theme.

The references are sometimes very indirect but are so frequent in most of the songs that his message almost slaps you in the face.

In a complete turnabout, John lightheartedly satirizes the Holiday Inn chain. He criticizes other failures and shortcomings in the titular song and “Rotten Peaches”. Perhaps in his future albums, Elton John will continue this type of social criticism.

While “Madman Across the Water”  is a great album it does not reach the sheer magnitude and beauty of his previous release in 1970, Tumbleweed Connection. I have no doubt it will easily be a million-dollar seller due to his exposure to Top 40 audiences. Elton John has become popular with them as he has with undergrounders.

Don’t pay any attention to bad reviews of “Madman Across the Water” because those reviewers will simply not know what they’re talking about.