“Cry Macho:” The western nobody asked for 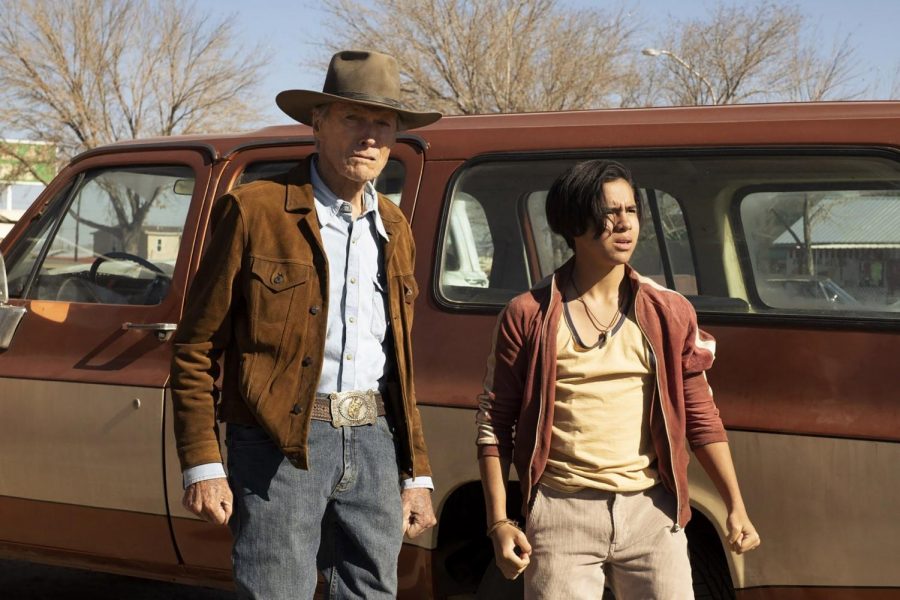 Drama, action, gunfights and an exciting plotline are everything good western movies have and what “Cry Macho” lacks.

Their journey isn’t as easy as they planned. Rafo’s mother, Leta (Fernanda Urrejola), has the police hunt them down all over Mexico, so they can rescue her supposedly kidnapped son.

Mike and Rafo bond as they overcome obstacles and earn a deeper understanding for one another on their journey to America. The plot of “Cry Macho” is very straightforward and flat. Within the first five minutes, I was experiencing the main action of the film. I was surprised because I figured there would be some dramatic backstory behind the plot of the movie, but there really wasn’t any drama involved.

This overarching feeling of drama with no real drama occurring happened throughout the entire film. I could tell when a dramatic event was happening in the movie, however, I could never feel the drama in any of those moments.

I was never on the edge of my seat or on the verge of tears during “Cry Macho” because the emotions just weren’t there. It was definitely one of the aspects that Clint Eastwood failed to execute in the film.

Equivalent to the alleged dramatic scenes in the film, the action in “Cry Macho” was incredibly lacking.

When I learned that “Cry Macho” was a Western, I thought of cowboys, horses, gunfights and the fear of getting caught. This is not the case for “Cry Macho.”

First, there really wasn’t much action in the film. Even though Mike and Rafo were being hunted, the feeling of being hunted was not there. It was like the film was so focused on Mike and Rafo’s bond and then thought, “Oh, yeah. They’re supposed to be struggling to get away from the cops right now.”

Second, when there was action, it was over before you were even ready to experience it. When a potential fight scene was about to happen, Eastwood’s character would punch a guy in the face, and then the whole fight scene would be over in two seconds.

It was disappointing and almost unrealistic considering how old Eastwood’s character is and how well he can punch.

Despite my disappointment, my favorite parts of the film by far were the music and Clint Eastwood’s character.

The music made “Cry Macho” a more immersive experience. I love the music because it makes the film seem more peaceful and enjoyable while embodying the feel of Mexico.

Even though most of the characters are pretty flat in “Cry Macho,” I love Clint Eastwood’s character, Mike.

Mike is this blunt, old man who really doesn’t care about much, and I think this truly embodies the Clint Eastwood we know today. His blunt comments and actions almost make me laugh because he’s so confident in his old age. Mike was truly the comedic relief in “Cry Macho.”

Overall, “Cry Macho” was not what I expected it to be at all. What I expected to be an exciting journey that would get your heart pumping turned out to be a road trip that kind of sucked. It wasn’t bad, necessarily, but it wasn’t the great movie we needed it to be.

If you’re a Clint Eastwood or Western movie fan, then this movie is definitely a disappointment. If you want a calm movie to put on for background noise, surprisingly, you might actually like this movie.

Although this movie was nothing that I expected it to be, I still wouldn’t consider this to be a bad move. I would rate this film a 3 out of 5.