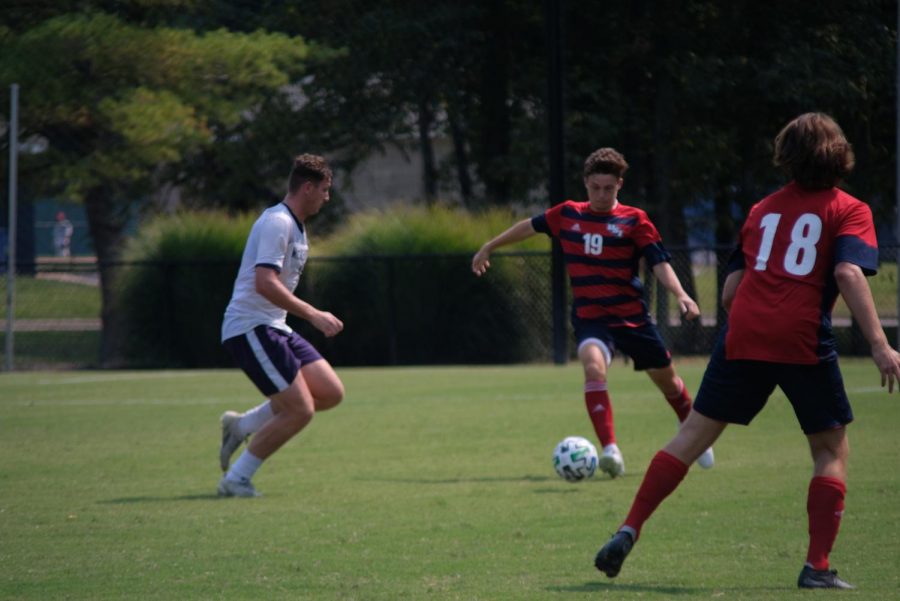 Defender Colton Walsh manuvers around McKendree as the second half of the game comes to a close.

The Screaming Eagles came up short after a hard-fought ninety minutes, losing 1-0 to McKendree University at home. This was the university’s first game in the Great Lakes Valley Conference Fall 2021.

The men’s soccer team was on defense for the majority of the game. The university team only took one shot in the first half compared to the six shots McKendree University’s team took.

The team put up a good fight despite the outcome of today’s game, and its effort did not go unnoticed by its head coach.

“The nature of soccer is you go 0-0 as long as you can to see who gets the goal, and they got it,” said Santoro.

Santoro said it would have been nice to win Sunday’s game, but “We think we’re close to being able to get games like this.”

Despite falling to McKendree University in the first game of the conference Sunday, the men’s soccer team still plans to be in the postseason tournament.

The team takes on the University of Indianapolis for its first away game at 6:30 p.m. Friday in Indianapolis.