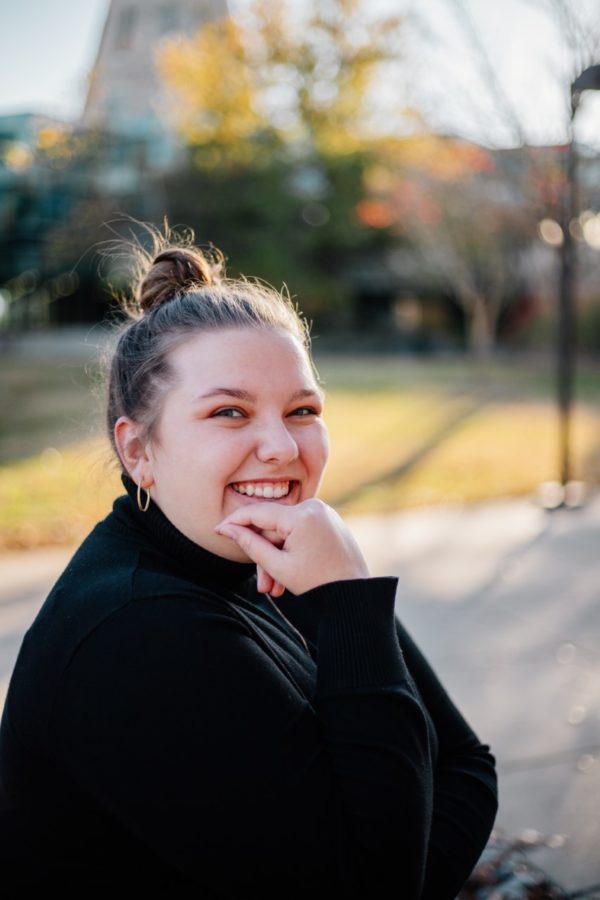 “The university has given me so much over the past three years, and I’m excited for the last one to be spent in this position,” Ardelean said.

Ardelean said she will be an accessible president to students. She said she wants students to feel comfortable talking to her about issues on campus.

“I’m sure every student could think of one thing that they wish USI did better,” Ardelean said. “Tell us. We want to make it better.”

SGA has historically been responsive to issues on campus, Ardelean said. She said she hopes to make SGA proactive and get more students involved with SGA.

Ardelean said her goals as president are to advocate for students. She said she will advocate for body inclusive seating, more sexual assault and mental health resources, gender-neutral bathrooms, and handicap accessible doors to the Dean of Students Office and Multicultural Center.

The majority of the SGA executive board including herself is new to serving on the board, Ardelean said. She said every year SGA has new leadership, and they always survive.

Ardelean said she has been a leader from a young age. She was president of St. Susanna Catholic School’s environmental protection club in second grade.

She was president of her middle school’s National Junior Honors Society and served in leadership throughout high school.

Ardelean is president of college democrats, treasurer of philosophy club and SGA administrative vice president for external relations. She is in the political society and honors program.

College democrats won the Making a Difference 2021 Student Organization Award for registering over 100 voters on campus.

Ardelean will be stepping down from all other executive positions. She said she is sad to do so and will use the leadership skills she gained from those experiences as SGA president.

Ardelean said it is extremely humbling and a lot of pressure to know she will be SGA president.

Kelsey McCullough, SGA president, in an interview with The Shield before Ardelean was elected president said Ardelean is a passionate, caring and loving individual.

“She, in all honesty, has a love for USI that is incredible to watch,” McCullough said.

McCullough said Ardelean has been a great leader in SGA and expects to see her leadership skills continue throughout her presidency.

“I think she would do a great job as being the next leader of this organization,” McCullough said.

The newly elected SGA officers will be inaugurated at the SGA meeting 5 p.m. Thursday in Room 0030 in the Business and Engineering Center. Students can attend the inauguration in-person or virtually on Zoom.