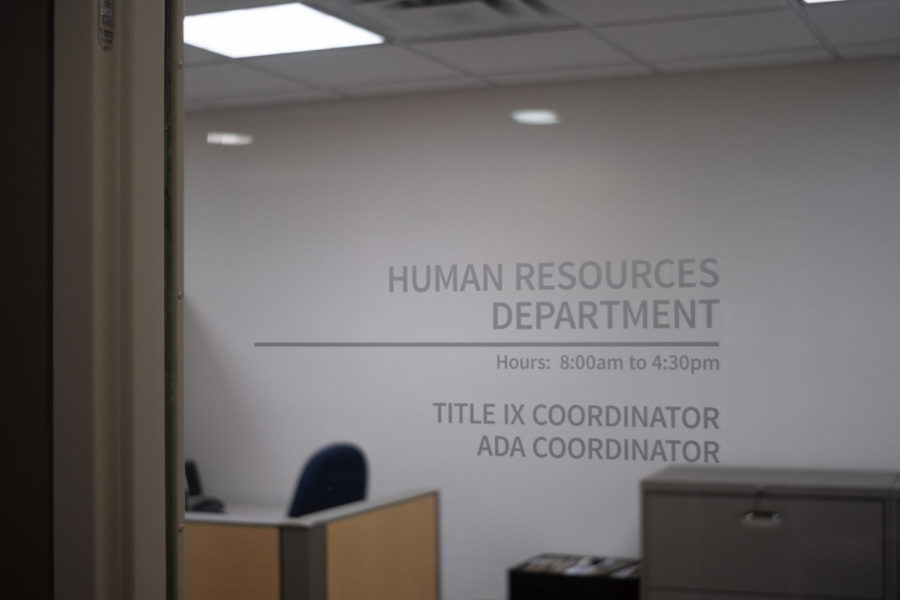 The exterior of the university's Department of Human Resources and TItle IX. A student says that the department isn't taking her case of sexual assault seriously after university officials released a statement Monday.

Correction: This story has been updated to reflect that the student reported sexual assault/ harassment to Public Safety. The Public Safety Crime Log labeled the incident as rape.

A student said university officials aren’t doing enough to help after she reported being sexually assaulted by a fellow student.

The student reported the sexual assault, which she said occurred in November, to Public Safety on Feb. 11.

Public Safety officers referred the complaint to The Vanderburgh County Sheriff’s Department and informed the Dean of Students’ Office. The sheriff’s department does not have an incident report. The student said it’s because she chose not to involve law enforcement further.

Crystal Willoughby, coordinator of student support, said officials released a statement on the issue and refused to comment further.

Officials released the statement on social media Monday, saying they take all allegations of sexual misconduct on campus seriously.

The female student in this case disagrees.

“They say how serious that they take allegations and that their staff is working really hard to change it, but obviously not,” said the student, who was offered anonymity. “I think the university could be taking it a lot more seriously than they are.”

The student had a meeting Feb. 25 with TItle IX Coordinator Carrie Lynn and Deputy Coordinator Dameion Doss. She said it took the Title IX office over 10 days to respond after she emailed her first complaint requesting the formal investigation.

Title IX responded on March 15 and filed the complaint on March 18, the student said.

After a complaint is filed the Title IX Coordinator designates someone to “conduct a impartial and prompt investigation on the matter,”  according to the university’s policy on sexual harassment. Then evidence is reviewed and a majority vote concludes if the person is “more likely than not” responsible for any sexual misconduct, according to the policy. If the student is found responsible, punishment may include a verbal warning, mandatory training or expulsion, the policy reads.

For the student who reported the assault, only one outcome is acceptable.

“What I want to happen is for him to be removed from campus,” she said. “Not because I want to ruin his life or get him in trouble or anything. I don’t want it to happen to any more girls.”

In the meantime, students and other concerned parties have taken to social media, saying the university needs to act.

One student, Haley Flamion, commented on the university’s statement on Instagram Monday.

“USI will be held accountable for this,” she said. “You’re supporting rape culture and discouraging women from going to college and speaking up for themselves.”