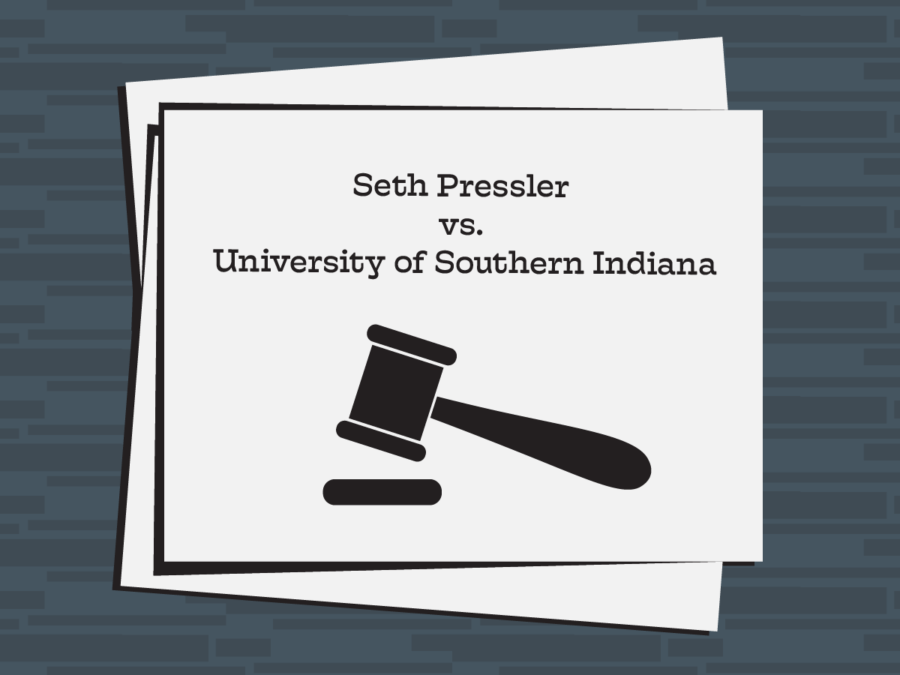 Seth Pressler is suing the university over claims of discrimination.

The lawsuit contends that Pressler was denied the right to an education from a federally funded institution when Steve Bequette, the director of public safety, asked Pressler to leave the university in October because of student concerns about Pressler’s Tourette syndrome tics.

Pressler experiences verbal tics from Tourette syndrome that include phrases like “I have a gun.”

Pressler sought other options before pursuing the lawsuit, Schnepper said. He said 32,000 people signed the online petition on change.org asking the university to reconsider asking Pressler to leave campus.

At this time Pressler and Schnepper have not discussed the resolution Pressler is looking for with the lawsuit, Schnepper said.

“Seth really does wish for more awareness about the issue on campus and a better understanding,” Schnepper said. “I think there were several other options the university could have taken, rather than confining him to his dorm room.”

Schnepper said Pressler has financial costs involved from his tuition and additional expenditures involved with being on campus.

Because the lawsuit is federal, the university and Pressler are required to mediate or discuss the grievance, Schnepper said. They are hopeful to settle the situation in mediation but are willing to move forward to a jury trial, Schenpper said.

Aaron Trump, chief government and legal affairs officer for the university, said the university does not comment on any pending litigation.

The university has a practice of following all federal and state non-discrimination and equal opportunity laws, Trump said.

The lawsuit alleges Pressler was ostracized, confined, and discriminated against because of his disability.

Pressler began to experience additional tics in the first week of October because of the stress of college, according to the court documents.

Stephen Bequette, director of public safety, contacted Pressler around October 10 to discuss his tics, according to the lawsuit.

Pressler was asked to attend a virtual meeting with university staff members including Bequette. At the meeting, Bequette told Pressler he could not physically appear on campus for five days, according to court documents.

Bequette told Pressler he should call the Housing and Residence Life office to get food.

Pressler called the HRL office on October 12 to get food but no one answered, according to court documents. After leaving a message to the HRL office, Pressler said in the lawsuit he called Bequette’s office but did not receive assistance.

Pressler’s family picked Pressler up on October 13 and has not returned to campus, according to the court documents.

Clayton Browning, a junior Spanish and culture major and friend of Pressler, said Pressler is trying to move forward with his life and not dwell on what occurred at the university.

“He was just a really sincere loving guy that a lot of people just didn’t get to see because his Tourette’s masked that a little bit,” Browning said.

Ethan Wakeman, a sophomore communications major and friend of Pressler, said as a student with autism, he understood Pressler.

“It did open my eyes on how much people really don’t understand or to know nothing about Tourette syndrome,” Wakeman said.