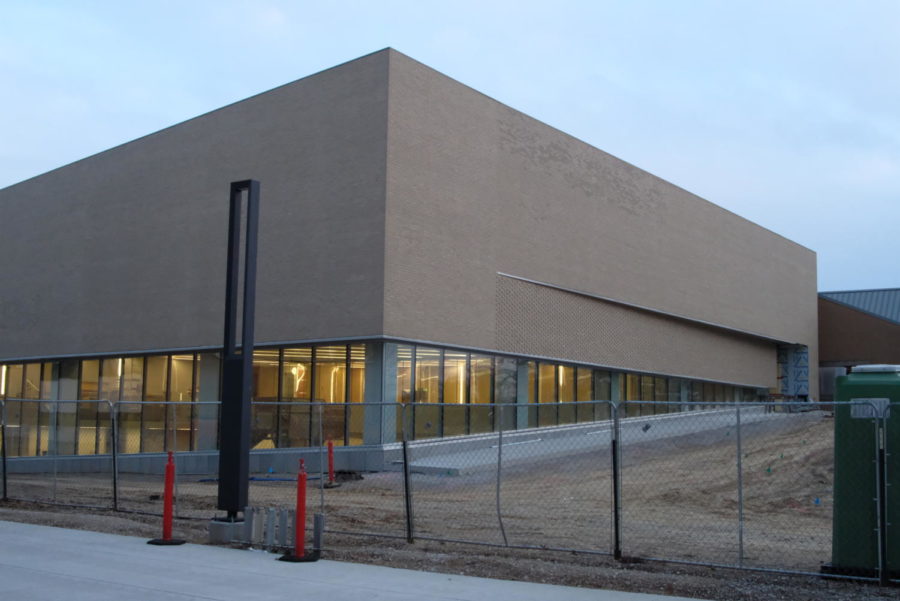 The new Aquatic Center located off University Boulevard. The building is set to open in the summer of 2021.

The university’s athletic director proposed a swim and dive team at Thursday’s Board of Trustees Meeting.

Jon Mark Hall, athletic director, proposed a plan for adding a swim and dive team among the university’s athletic programs.

Hall presented a timeline for the new team and Aquatic Center. According to the proposed timeline, the facility could open and a facility director would be hired in the summer of 2021. In the fall of 2021 a swimming and diving head coach would be hired and recruitment would begin. Then in the winter of 2022, the first season would begin.

“This is an aggressive timeline,” Hall said. “One we might not follow but just a proposal that we sent to the UAC and then on to the president’s office.”

He said the plan to start a swimming and diving program was given to the Facility Planning and Fiscal Integrity Subcommittee, was approved by the full board of the University Athletics Council and is currently at the President’s Office.

Hall said he would expect around 25 men and 25 women to participate in a swimming and diving program.

The majority of students would be new to the university, he said.

Charles Blaich and Kathy Wise from the Higher Education Data Sharing Consortium presented the results of the 2020 Insight Survey the Equity, Diversity and Inclusion Council gave in Spring 2020.

1,774 participants took the survey, where 84% of students said they were satisfied with the campus’s support of equity, diversity and inclusion. Blaich said at all other institutions, 74% were satisfied.

The next Board of Trustees meeting will be in person on campus May 7.