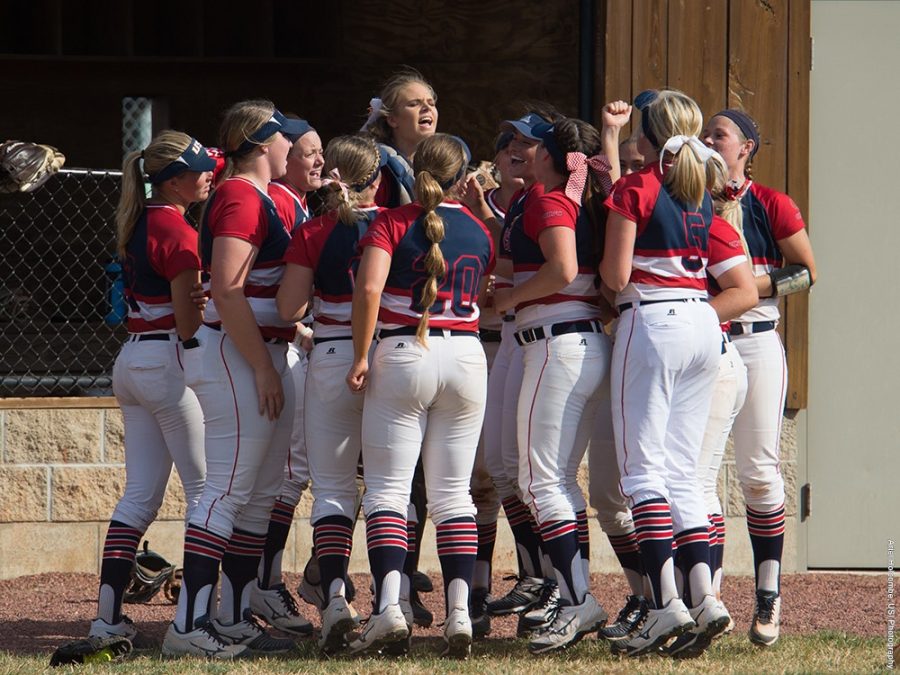 The university softball team in 2018 as they concluded their season.

The university’s softball team withdrew from the Midwest Region Crossover and canceled all games from March 5-13 due to the injuries of 4 softball players and 2 coaches.

The university’s 15 passenger van and a red Buick collided head-on at 5:50 p.m. Saturday on 4600 Frederica St. in Owensboro, Kentucky, according to the police report.

The softball team was traveling back after a pair of games at Kentucky Legends Field, said Jon Mark Hall, director of athletics. The softball team lost the first game 4-5 to Cedarville University and won the second game 8-1 against Lake Erie College.

Four players and two coaches were hospitalized, treated and released after the head-on collision.

William Knight was driving the other car. Knight said he saw the university vehicle’s left turn signal was on, so he proceeded through the intersection, according to the report.

Seven people were injured and transported by ambulance to the Owensboro Health Regional Hospital, according to the report.

All seven were released from the hospital, Hall said.

Ray Simmons, director of athletic communications, said coaches and players were not commenting on the accident at this time.

Athletic director Hall said he is thankful to everyone who helped the team.

“Our student-athletes look forward to getting back to classes this week and our players and coaches hope to return to competition in the near future,” he said.

The softball team is scheduled to play a double hitter against the University of Indianapolis at 12 p.m. and 2 p.m. March 14 on the university’s softball field.