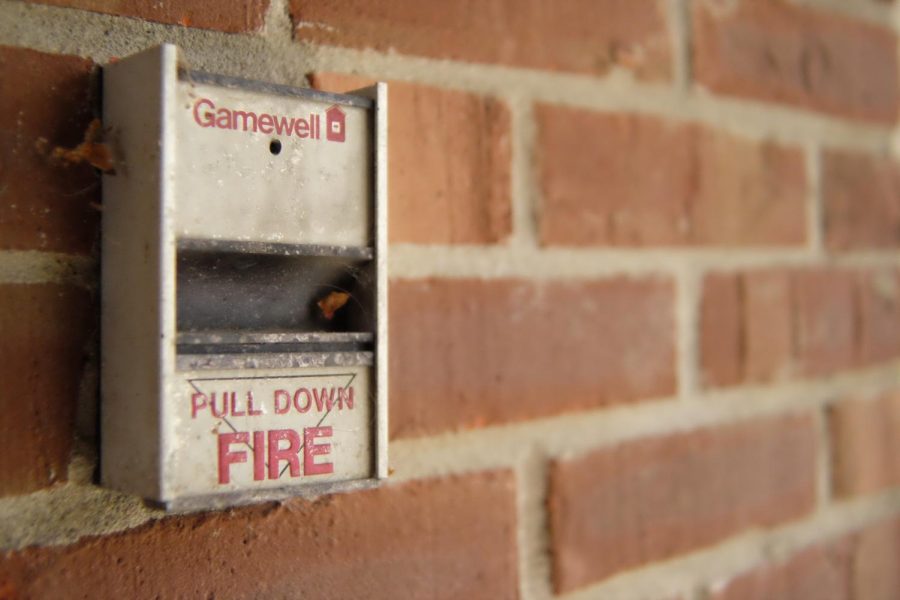 Cooking is the leading cause for multiple fire alarms last semester.

Sam Preston, Assistant Director of Public Safety, said fire alarms in student housing are often cooking related, but they also go off when smoke or heat is detected.

“In apartments or on campus, anytime a fire alarm goes off public safety is immediately dispatched to that area,” Preston said. “We will respond to all fire alarms in person.”

Preston said, “Sometimes we will have an increase in alarms as the winter gets colder and people start turning on their heaters.”

Preston also cited dust circulating, steam from a shower, and cologne or air freshener as sources that could trigger a fire alarm.

Amelia Schmitz, a sophomore theatre major, is the RA for the back side of Ralston.

“I remember sending a text to my residents saying, ‘Hey guys, you can’t put cardboard in the microwave,’ and all those types of things,” Schmitz said. “Thankfully, people have gotten used to what you can cook and how you can cook it.”

Schmitz said that in training they were told that public safety gets the notification for the fire alarm, and as the RA, the main concern is getting their residents outside to the designated area.

“It’s public safety that mostly takes care of the fires. We’re mostly the messengers, and we’re responsible for taking care of our residents and making sure they are okay,” Schmitz said.

Schmitz said, “Public Safety is very thorough. They’re good at what they do.”

Hunter Morgan, sophomore English teaching major, had a fire alarm go off in his building in November. 2020.

“We went outside and then it stopped after maybe thirty seconds or more,” Morgan said. “It stopped pretty early so we were all sitting out there wondering what to do.”

One of the members of Morgan’s building notified their RA. They were able to go inside after their RA came and told them the fire alarm was a false alarm.

“At that point, we were able to go back inside because the fire department wasn’t coming to check it out,” Morgan said. “As far as I know, we never found out what really caused it or anything like that.”

Morgan said that most of the real alarms going off in the apartments were probably caused by cooking incidents. He cited burning ramen noodles as an example.

Students in student housing are instructed to evacuate the building immediately when a fire alarm goes off.