How has James the bus driver been since March? 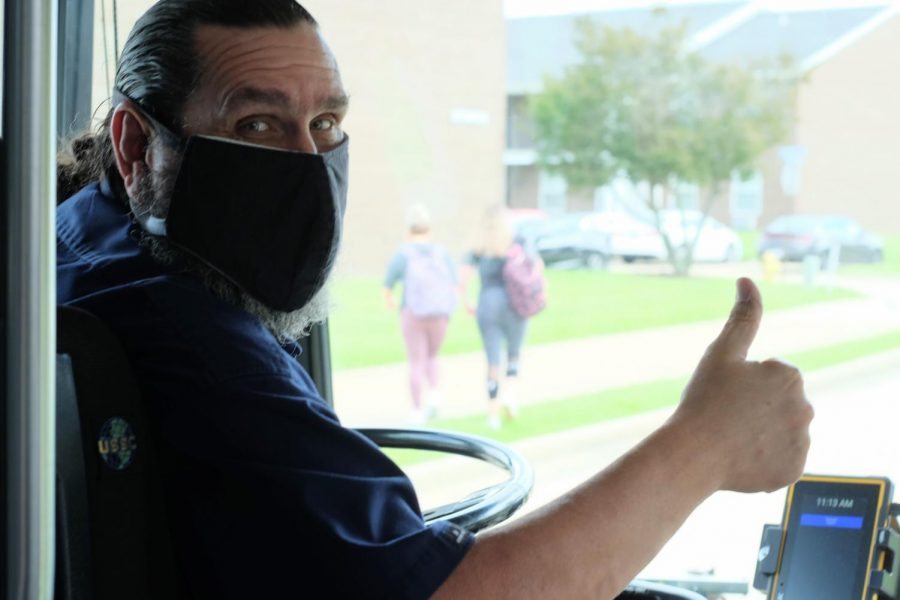 James Putnam on the bus.

One of the most well known and beloved staff members at USI is bus driver James Putnam. James has been driving with the Metropolitan Evansville Transit System for just short of twenty-five years and has been driving on campus for about seven years now.

James is known for greeting students when they board the bus and bidding them a cheerful farewell when dropping them off at their stop And until the recent pandemic, he was especially known for his fist-bumps, which he offered to every student who crossed his path, regardless of whether or not he knew them personally.

Many students have been wondering how one of USI’s friendliest staff members has been getting by during the COVID-19 pandemic since the campus shut down in March. Not to worry, as James says that after the shutdown, he was assigned to drive various routes in Evansville along with the other bus drivers working on campus at that time

James said he’s very glad to be back on campus this semester. When asked what part of campus he’d missed the most, he said , “All of it. I enjoy the whole campus. It’s just so beautiful you can’t pick out just one spot.”

Students who know James well may have heard him talk about his dog, Buddy, a chihuahua-terrier mix. James has had Buddy for four years and is happy to report that the pooch has been doing well over the summer. In fact, he’ll be turning six years old in December!

Lastly, when asked how students can continue to keep James’ spirit up, he answered, “Just wave back-keep smiling. I know we were giving fistbumps, but they tell us we can’t really right now. We[’ll] just partially do it, y’know? Just keep going back at it and keep up the positive attitude.”