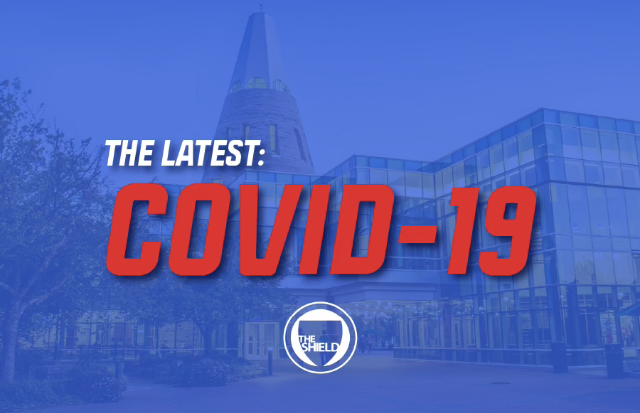 The university announced Wednesday afternoon it would adopt a pass/no pass option for courses this semester.

“These changes are meant to give students every opportunity to succeed, especially during these times of uncertainty,” read a university statement in a campus-wide email.

The pass/no pass option comes with many guidelines and restrictions:

Students will need to consult their academic advisor and instructor for a pass/no pass option
Students will have from April 13 to April 27 to make a decision and no limit is placed on the number of courses selected for pass/no pass.
Undergraduate students must receive a minimum grade of “D” to pass while graduate students must receive at least a “C” letter grade to pass.
The option will have no impact on a student’s GPA, though some professional programs will not take a pass/no pass option for admission.
Students receiving university-sponsored scholarships will not lose their scholarships as a result of their academic performance this semester.
No student will be placed on academic probation as a result of their academic performance this semester nor dismissed from the university.

The decision comes as the Faculty Senate voted 12-1 to approve a pass/no pass option in a special session yesterday.

Provost Mohammed Khayum answered questions and concerns the Senate had during the meeting.

Khayum said, based on what the state and federal education system is doing, financial aid will not be affected, however he said they had students from other countries who were on government scholarships and their government wouldn’t accept a pass/fail option, even under the pandemic circumstances.

“It’s not straightforward,” Khayum said. “It has arguments, pros and cons, that are all valid.”

Shelly Blunt, associate provost for academic affairs, said the policy requires the instructor and the student’s academic advisor to sign off on the change.

“So there’s a double check point,” Blunt said. “So that we can try to make sure that a student doesn’t inadvertently sign up for class pass/no pass when it would do more harm than good.”

Kenny Purcell, chair of the Faculty Senate, said he would like to see USI approve something similar to Cornell University.

“I would like to see some reasoning put down, both for faculty and students to understand if we implement this, why we went this route, because I don’t believe faculty are putting out a substandard product,” Purcell said.

Students have been vocal about the university implementing a pass/fail option for classes this semester as the COVID-19 pandemic sweeps the world and nation, causing an unprecedented level of social distancing.

Universities across the state have enacted similar grading systems as they try to ease students’ concerns.

Indiana University implemented a satisfactory/fail grading system for spring courses, while Indiana State University announced students will have the option for either letter grades or satisfactory/unsatisfactory grading for the semester.

One student at USI started a petition last week to convince USI to change their grading policy to pass/fail.

“If you were to give the option, that takes a lot of stress off of me as a student,” Taylor Edwards, a junior management major, said. “That takes a lot of anxiety and stress off. I think that would benefit me now because I’m terrified of online courses.”

SGA released an electronic survey earlier this week requesting student feedback for a pass/fail option for the semester.

The student government shared the data with the administration after receiving almost 500 responses, largely in favor of the option.

“Thank you to everyone who shared their opinion,” SGA President Kelsey McCullough said in a statement. “SGA is a liaison between students and administration and we were happy to support students through this process.”