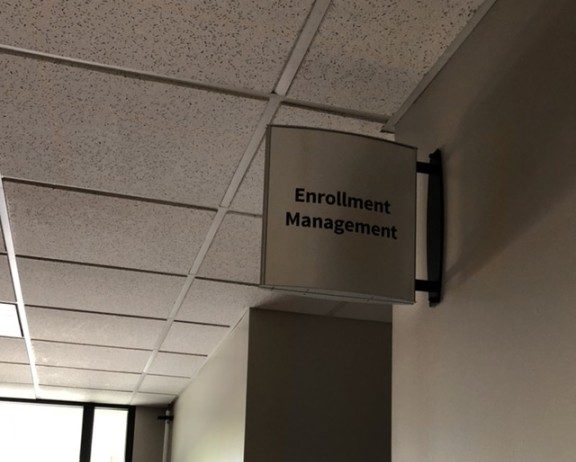 President Ron Rochon said the university isn’t in an enrollment crisis, but the term he’s using is urgent.

Rochon said he has seen campuses around the nation and in the region that are in crisis mode.

“I want everyone to understand that we need all hands on deck in every aspect possible,” Rochon said.

He said enrollment is a priority in the President’s Office and the university is taking everything and turning it upside down with regard to how they’ve been looking at enrollment.

“We need to continue to focus on ways in which we can build new pipelines of students coming to USI,” Rochon said. “With that, we’re building new ways of looking at retention. Our retention rates have gotten stronger, gotten better, but I’m still interested in ways which we can improve in that area.”

Rochon said  Andy Wright, vice president of enrollment, is currently working on data for the president and looking over analytics to find where the “heat spots” are, or look at the concentrated areas where the university has seen “great success.”

The university is also building relationships beyond the Evansville region.

“For example, we just had some strong representatives from the Indianapolis Public School district on our campus,” Rochon said. “Getting folks to our university, seeing who we are, learning about what we offer, learning more about our faculty and staff, learning the beauty of this place both physically and most importantly, academically, what we offer to our candidates, is really important to us.”

In a town hall Jan. 29, it was announced the university isn’t the most affordable campus for families who make under $75,000 a year.

“What we’re learning, even though we are the most affordable campus in the state, with regard to our costs and our tuition expectations, those dollars that students have to pay, those particular group of individuals within that segment of earnings annually, we’re finding out that based upon other campuses, they have greater resources to provide stronger scholarships,” Rochon said. “We end up being more expensive.”

LendEDU, a third party research firm, recently conducted a study reviewing the most desired colleges over 2009 to 2019.

USI had a decrease of 13.19% in applications and a 7.47% decrease in enrolled-admitted students.

Indiana University saw a 41.67% change in applications over the last decade but had a 10.49% decrease in enrolled-admitted students. In spring 2019, the university had over 88,200 students and this spring, IU has under 87,800 students overall, according to the enrollment trend.

Purdue had a 45.77% change in applications and a 32.66% decrease in enrolled-admitted students.

Indiana State University had a 69.78% change in applications and a 17.84% decrease in enrolled-admitted students.

Ball State saw a 74.14% change in applications and a 16.25% decrease in enrolled-admitted students.

USI is the only public university in Indiana to have fewer applicants in the last decade.

The data is from the National Center for Education Statistics’ Integrated Postsecondary Education Data System (IPEDS).