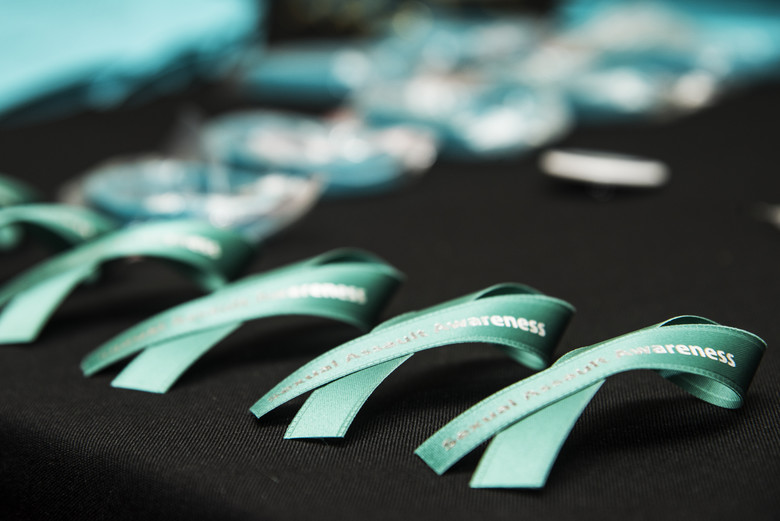 A chilling reality multiple college campuses across the country face are issues with sexual assault.

A statistic from the United States Department of Justice reports one out of every four female students will fall victim to sexual assault before they graduate. This statistic highlights further the need for increased awareness and improved support for sexual assault victims.

Fourteen sexual assaults were reported on USI’s campus from 2015 to 2018 according to Public Safety’s Crime and Fire Safety Report. Our campus is not an exception to these crimes, and this doesn’t include the number of sexual assaults that were not reported.

At least 95% of rapes on U.S. college campuses go unreported according to the American Civil Liberties Union in a 2010 report. The lack of reports could stem from reasons ranging from the victims feeling guilty and ashamed, that it did not merit assistance or even because of distrust in authorities and campus staff.

A report from the Rape, Abuse and Incest National Network (RAINN) suggests only 25% of reported sexual assault cases result in an arrest. Victim blaming and not believing victims largely contribute to why sexual assaults aren’t reported.

Most universities have flawed sexual assault support systems, USI being one of them. Colleges simply lack the correct expertise and training that would be required to assist students.

Perhaps there are financial challenges, but when it comes to the welfare and safety of their students, support should never be questioned. Many universities handle sexual assault cases poorly, and it’s ruining lives.

The University of Missouri never opened an investigation into an alleged sexual assault after a student told a campus nurse, athletic department administrator, campus therapist and rape crisis counselor about the incident. The student committed suicide soon after, according to ESPN.

At the University of Connecticut, a student was cut from the hockey team after reporting to her coach that she was raped, according to the New York Times.

Last spring, a student on USI campus had multiple sexual assault allegations issued against him resulting in his removal from campus, yet, he still remained a USI student and was able to finish his classes online. An investigation was opened, but we have yet to hear anything about it since.

Many seem to think students shouldn’t consider going to their university for help if they’ve been sexually assaulted and they should immediately call law enforcement. Students want to call whoever is closest to help them and may need a support system from the school to show they care about what happens to their students on school grounds, a place they should feel safe.

Junior social work major Katelyn Vinci’s petition to improve funding for Title IX professionals and sexual assault advocates is a great project to again spark the discussion of USI’s handling of Title IX reports and what needs to be done to improve the system to better help students.

The sad truth is that sexual assaults are going to keep happening on campuses. We can’t change that. What we can change is how it’s handled.

Sexual assault and the lack of helpful resources need to be brought to the forefront of the university’s attention instead of being pushed to the backburner.

Every day innocent people’s lives are being severely affected and even destroyed.

USI students are no exception, and unless the university does something to increase awareness and support, it’s only going to keep happening and more numbers will add to the annual sexual assault report.