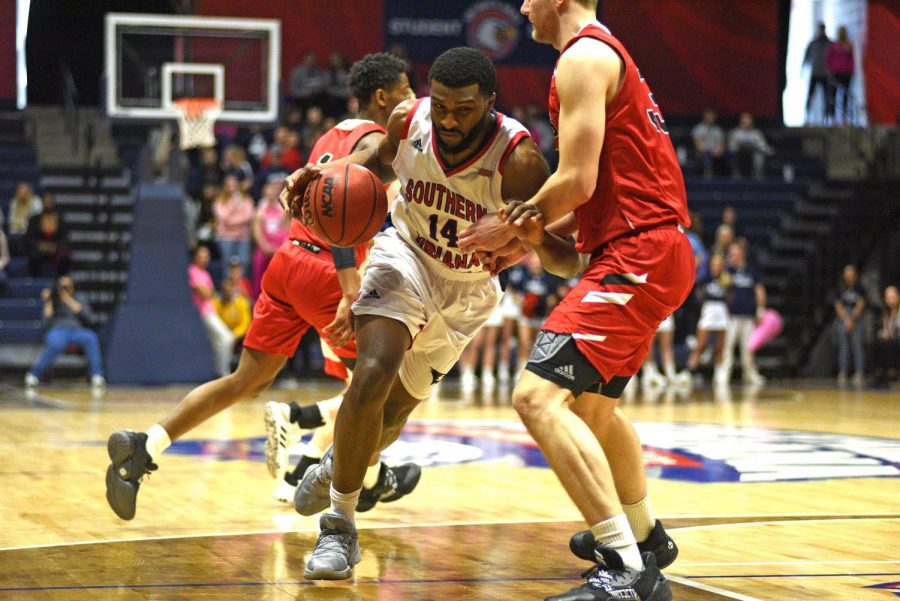 Emmanuel Little’s family encouraged him to play basketball after growing three or four inches in the summer of his eighth-grade year.

Despite his height increase, Little wasn’t considered the best player on his team.

Little, a junior business administration major, from Indianapolis said the only other person to play basketball in his family was his brother, who, Little admits, isn’t all that good at the sport.

“My older brother did but he wasn’t very good,” Little said. “We used to play one on one a lot. He wasn’t that good, but that’s probably the closest part of my family to actually play the sport, you know, I should be decent at it.”

Little played at North Central High School in Indianapolis, where he helped lead his team to two sectional titles. He was also a three-time letterman and named to the All-MIC team his senior year.

Little said he had a hard time getting his foot in the door in high school, but now considers himself to be one of the best players on the team. Little said with all the practice and training he has done, the skill gap that he had in high school has closed.

“My friends and family really encouraged me to do it. They saw me getting taller and they told me that I couldn’t have the height for no reason,” Little said.

Little said one of the biggest reasons he has stayed with basketball is his mom, Sherri Dumas. He said she always encouraged him to play when he started and has kept up throughout the years.

“She is always supporting me and I’m seeing how I turned around and how I used to act,” Little said. “Basketball brought nothing but positivity in my life. That really just pushed me to go farther and keep trying to play basketball as long as I can because only good things have been happening to me since I started basketball.”

Little has been a stand out for the 21-5 Screaming Eagles as starting forward for the team. He became the 21st player in USI’s history to score over 1,000 career points earlier this month.

He has averaged over seven rebounds a game throughout his three seasons at USI, making him one of the team’s most proficient rebounders.

This season, Little has averaged 16 points and eight rebounds per game. He leads the team in points, rebounds and steals.

“When you get 600 rebounds in your career halfway through your junior year, you’re really doing something,” Watson said. “You add 1000 points or more in that. You’ve done something great over a four-year span, let alone three-fourths of a season.”

Little admits that if someone had told him in high school that he scored over 1000 points in his college career, he would never have believed them.

“I never would have thought that I’ll be as good as I am now and where I’m at and where I could potentially go,” Little said. “I wouldn’t have believed it.”