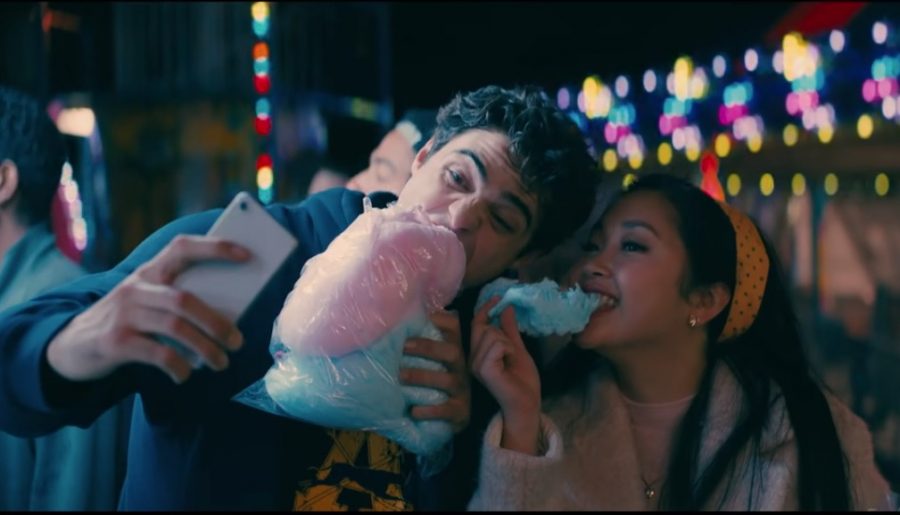 As a rule, sequels usually aren’t as good as the originals.

“P.S. I Still Love You” is the sequel to, “To All the Boys I’ve Loved Before.” The film was released on Feb. 12, just in time for Valentine’s Day.

It features the previous main cast along with some new additions, such as Jordan Fisher who plays a potential love interest, John Ambrose Mclaren and Holland Taylor, who plays the feisty woman, Stormy, who keeps the retirement home lively.

“P.S. I Still Love You” falls to the curse other sequels have been known to have. Yet, it’s still an enjoyable watch. There are moments that remind me of why I love Lara Jean and Peter Kavinsky separately and together.

The formulaic nature of the film is comforting at times but mostly confines the story to a tidy plot. The biggest issues with “P.S. I Still Love You” are the absence of the family and John Ambrose Mclaren. “To All the Boys I’ve Loved Before” was great for its differences in the romantic comedy genre like Laura Jean’s heritage and the focus of the relationship she has with her sisters. Both of these aspects are either absent or thrown in.

The scene where Lara Jean visits her grandma and wears her Hanbok wasn’t utilized as a moment where the audience learns more about her heritage. Rather it is a stepping stone for Lara Jean’s triumph over her cousin Haven. This is a real loss for viewers because we lose a moment where we can see Lara Jean as a complex person who deals with being true to her heritage in her white world like the book showed.

The movie’s depiction of John Ambrose Mclaren was also a source of disappointment. The first reason being they picked Jordan Fisher for the sole sake of making the film more diverse, which isn’t a bad thing, however, in this case, it makes no sense because viewers have already seen him twice before as a totally different person.

The second reason John Ambrose Mclaren falls flat is because he has no personality. In the book, he is a full character with complicated feelings. It’s understandable a movie can’t do all the things that a book can. Yet the film had opportunities to create a character worthy of Lara Jean’s love but diverted those efforts to other pursuits.  Instead viewers are confused as to why Lara Jean is drawn to a boy who she has only a surface level connection to.

“P.S. I Still Love You” is a predictable, yet entertaining film. It could be much more. It has relegated itself to being a nice, tidy film that checks all the boxes. The risks it could have taken are locked away in Lara Jean’s hatbox. I’m still holding out hope that Kitty will unearth them, so we can be reminded as to why we should still love Lara Jean and all her boys.