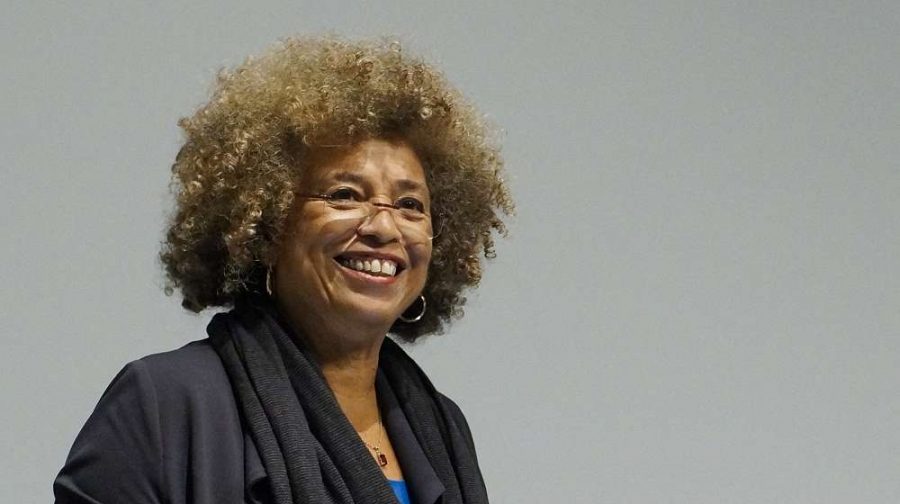 The turnout for Dr. Angela Davis’s speech was great. A live-stream was set up for those who weren’t able to sit in Carter Hall due to overcrowding.

It was impressive to see how many people in the community were interested in social justice and came to be a part of the discussion. Every seat was filled.

Davis’s words were inspiring and left a lasting impression. Her discussion drove the point home that acknowledging and understanding what social justice means is incredibly important. We must come together and accept what it is that makes us different for us to live in a society that flourishes.

So much of the world is based on political power and how it is acquired. Davis commented on the fact that politicians use racism and bigotry as a tool to profit from civilians.

When a person in a position of power begins to discuss ideas they believe should fall in place, others soon follow suit. Eventually, everyone who agrees with the end result won’t be bothered by the means to get there.

If you take immigrant detention, for example, those in favor may idealize a nation that is impenetrable, but when you take away the reason, you no longer have something to hide behind. They see that their actions were driven by racism and ignorance.

The same goes for all social injustice. Whether it’s gender, sexuality, disability, race, religion, substance abuse, prisons, age or others, if society doesn’t take the initiative to try to learn more about why these fall under social injustice, we will never improve our way of life.

When something doesn’t directly affect a person’s life it is easier to turn a blind eye and pretend that it isn’t something of importance.

It is impossible to know what it is like to live someone else’s life. It’s imperative to be open-minded and willing to listen even if you have reservations.

Everyone is entitled to their own opinion, but at some point you have to ask yourself if you have listened to all sides of an issue and can clearly stand behind it. Being honest with yourself and realizing that maybe there is more you can learn about something is an important step in the effort to change the world for the better.

Even while this event was taking place to explain the importance of coming together some in the audience were openly laughing and making fun of others in the room.

When people go to a presentation about activism and the problem of social injustice, then proceed to judge others so blatantly it is a clear sign that there is a true issue among ourselves and all humanity.

Since when did breaking down others ever get anyone further in life? Maybe this is a question that everyone should be asking.