Campus visitation, funeral for Rice scheduled for this weekend 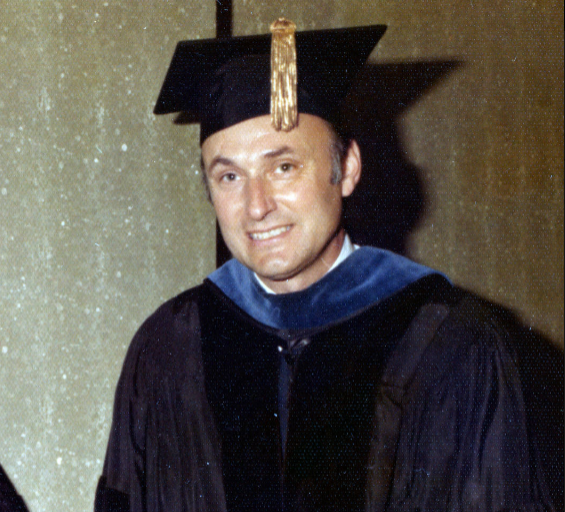 David Rice at an ISUE commencement in 1974.

Visitation and funeral services for the university’s deceased founding president David Rice will be Jan. 24 and Jan. 25 in Carter Hall according to a press release from the university.

The visitation will be Jan. 24 from 3 p.m. to 5 p.m. followed by a prayer vigil led by Rev. Bernard Lutz, a friend of Rice and former campus minister at the university. Family and friends will share memories of Rice at the vigil.

Funeral services will be Jan. 25 at 2 p.m. with visitation starting at 1 p.m. Rev. Michael Monahan, pastor of Old North United Methodist Church in Evansville, will officiate.

The university will live stream the funeral on their website and there will be an open casket at the visitation. Both the funeral and visitation will be open to the public.

Funeral expenses are being paid by the Rice family with the university Foundation covering some of the supplementary expenses according to Vice President of Development David Bower. Browning Funeral Home is handling all of the arrangements at USI.

“We’ve known each other for a long time and he was a very focused person, very kind,” said Bower, who Rice hired his last year as president in 1994. “I call him the consummate gentleman. He had a brilliant mind and the vision he had for this university was just exceptional.”

Bower said dignitaries from across Evansville and Indiana have been invited to the funeral, including Governor Eric Holcomb, U.S. Sens. Mike Braun and Todd Young and Evansville Mayor Lloyd Winnecke as well as all the local state senators and representatives.

A second visitation for Rice will be from 4 p.m. to 7 p.m. Jan. 26 at Machledt and Services Funeral Home. A celebration of life service will be held at 10 a.m. at the funeral home Jan. 27.

Rice will be buried with military honors at the Fordice Family section of Portland Mills Church Cemetery in Parke County, Indiana.

Memorial gifts may be made to the Foundation for the David L. and Betty Fordice Rice Presidential Scholarship Endowment.