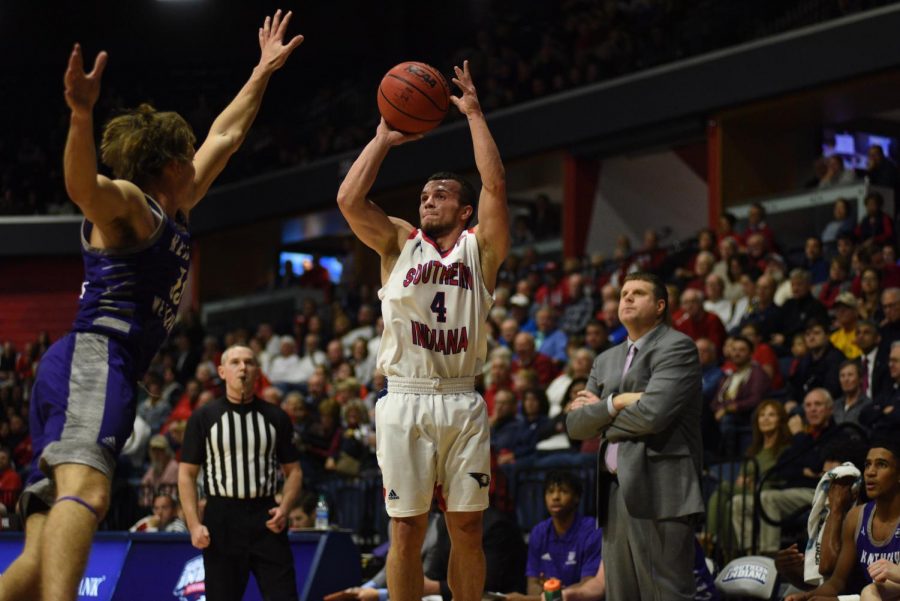 The Men’s basketball team is currently undefeated at 5-0. The Screaming Eagles offense has been firing on all cylinders, scoring a total of 459 points in those five games, an average of 92 points per game.

Junior Forward Emmanuel Little leads the Eagles in scoring with 21 points per game. Little has totaled 103 points for the team over five games.

Junior Forward Josh Price has the second-most points this season with 76, averaging 15 points per game.

Senior Guards Kobe Caldwell and Darnell Butler said they are looking at the games like coaches, studying the plays, strategizing, and answer questions for other team members.

“We’ve been picked second to win the conference, so we’re going to be solid,” Caldwell said. “As far as a basketball team, we still got things to work on, everything’s not as straightforward as right now.”

Caldwell said the main problems the team had was communication between the players and getting defensive stops. He said the easiest way to fix these problems is to make sure the players know the plays and follow game plans set up by Head Coach Rodney Watson.

Butler said two of the best things the team has are the offensive strategies and the versatility of the players. The majority of players on the team can play almost any other position if needed.

“I think the thing we have to do is really just coming together as a unit and being brothers on the court,” Butler said. “I think everything else would kind of make up for itself since we’re all pretty tight, but I think the relationships will really help us be successful on the court.”

The Men’s team will play at McKendree tomorrow at 7:30 p.m.