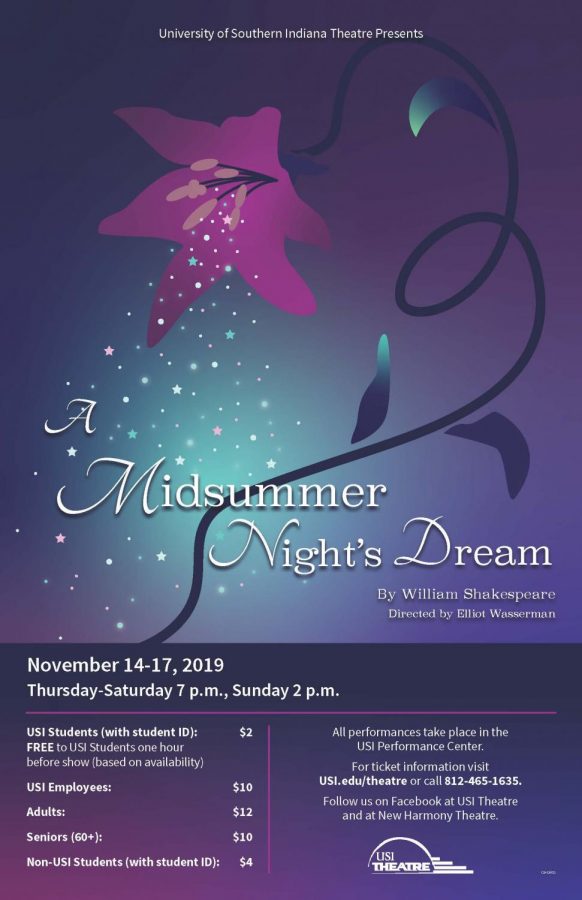 I loved “A Midsummer Night’s Dream.” While my bias may be rooted in my love of Shakespeare, I thoroughly enjoyed this performance. From the constant trickery of the Fairy King Oberon to the elaborate fairy costumes, this show didn’t cease to exceed my expectations.

The play began slowly with Hippolyta, Theseus and Egeus, but quickly transitioned to the next when the fairies poured out of a trap door in a mist of fog and green light. The performance as a whole played with beautiful lighting.

Whenever some scenes of stationary actions were taking place, you always had some kind of secondary movement to entertain the audience. The beautiful clockwork silhouettes that turned slowly and quickly at the story’s climax were incredible.

The performance from all the actors was beyond all my expectations. I found myself immersed in every aspect of the performance. My favorite part, above all others, was Hermia and Helena’s fight after Demetrius and Lysander have been bewitched to fall for Helena. That fight was hysterical.

I laughed so hard I had a splitting headache for the rest of the act. You could see all the choices the actor for Hermia had made coming together as she went in for the kill.

Throughout the course of the show, you’re introduced to the actors of a traveling troupe. Every character had their own personality that stood out. The main actor for the troupe, Bottom, is later turned into a man with the head of an ass; who Titania, the fairy queen, is bewitched into falling head over heels for.

The lesser fairies, while not as well-spoken as Oberon or Puck, still managed to entertain with their goofy antics. They served their queen and tended to all of Bottom’s wishes. Another one of my favorite moments was how Peablossom began to freestyle in the middle of Queen Titania’s lullaby and the rest of the fairies were so visually annoyed.

After the bulk of the play has happened and the hectic dalliances are settled, the pursuers now unbewitched; the play reveals the play within a play that the traveling troupe has been discussing, “Pyramus and Thisbe.”

The audience was quickly moved to cacophonous laughter at the personified Wall, the man in the moon who couldn’t remember his lines, and the beautiful cross-dressing actor playing Thisbe.

This show was one of the best things I’ve seen out of Elliot Wasserman. All around, I believe this show helped to assuage the layman’s misconception that Shakespeare is anything but exciting.