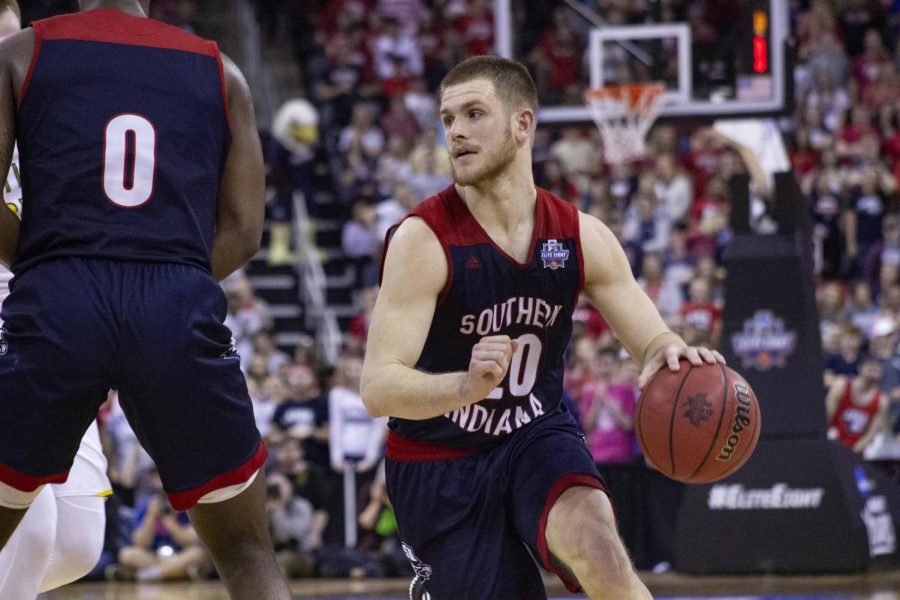 Running around a member of the opposing team, senior guard Alex Stein looks for an open teammate.

Alex Stein, a former USI basketball player, never thought he would get to the NBA, despite it being his dream.

Stein was drafted No. 12 overall by the Canton Charge in the NBA G-League draft.

“I’ve always dreamed of playing professional basketball but I didn’t know at what level,” Stein said. “I’m happy to have this opportunity.”

Stein got interested in playing basketball by watching his father, Rick Stein, coach the USI women’s basketball team when he was a child.

The Charge are an affiliate of the Cleveland Cavaliers and while Stein is grateful for the opportunity to play with them and to learn from the team, he can’t make promises to stay but he will continue those countless hours of work to make his dream a reality.

“The dream is to play in the NBA. I can’t make any promises but I will continue to work towards that dream,” Stein said.

While at USI, Stein shot over 2,000 points and averaged 17.6 points a game and obtained 442 rebounds, throughout his four years.