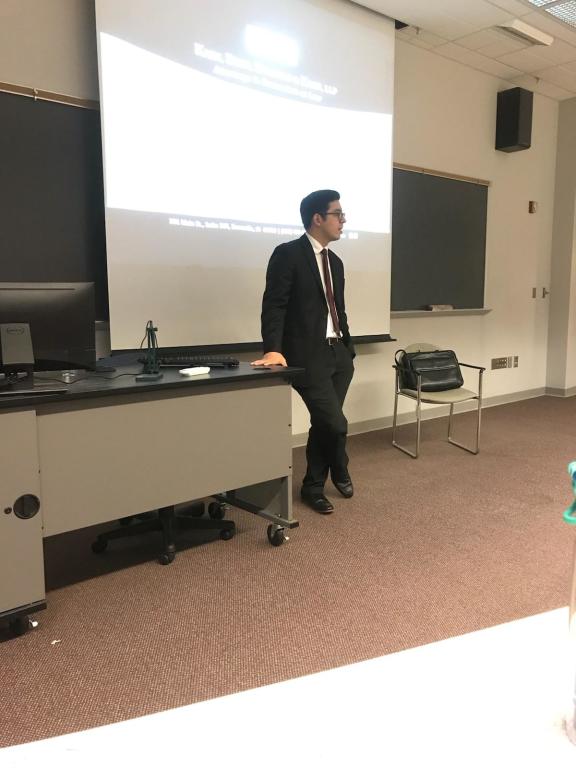 In recent years the topic of immigration has become more and more controversial because of growing concerns in regards to the economy. However, there is a lot more to immigration than what meets the eye.

USI College Democrats hosted an event on Oct. 29 to educate students on immigration and the process of becoming a U.S. citizen.

“Immigration is kind of a hot topic at the moment, you can’t say the word without someone having a strong opinion,” Evansville Immigration Attorney W. Royal Gearhart II said.

The event was led by Gearhart, who received his bachelor’s degree in English and Spanish at Wabash College. He worked in South Africa for two years after receiving his degree.

Gearhart taught the participants differences between a citizen and a foreign national, immigrants and nonimmigrants, and visa and status. They also learned the process of getting a green card and wait times for becoming a citizen.

Citizens are people who were born in America or became a citizen through naturalization. A foreign national is anyone who is in the U.S. either legally or undocumented and not a citizen.

Status is different from a visa because a visa is permission to enter a country and status is how much time you have left in the country and what you can do. For example, someone may enter on an F1 Visa, which is a visa for non-immigrants students who wish to pursue education in a different country, but must leave when their status expires.

When someone wants to come to America, they must first apply for a visa. The process can take anywhere between two weeks to two months. Afterwards, if they want to get a green card they must apply for that as well. If the person gets approved then the green card will be allowed to stay in the country for ten years.

Gearheart said a common misconception about immigrants is that people believe immigrants are coming here to take our jobs and take advantage of welfare and other benefits. In most cases, that’s not true. In reality, the majority of immigrants come for economic opportunities or to flee violence in their home countries.

“This is a huge issue and there is so much bias on all sides around it,” College Democrats President Anna Ardelean said. “It’s important to really understand what actually goes into these processes. So, if we can get any side to know what they’re saying about the topic you can have a better dialogue moving forward.”