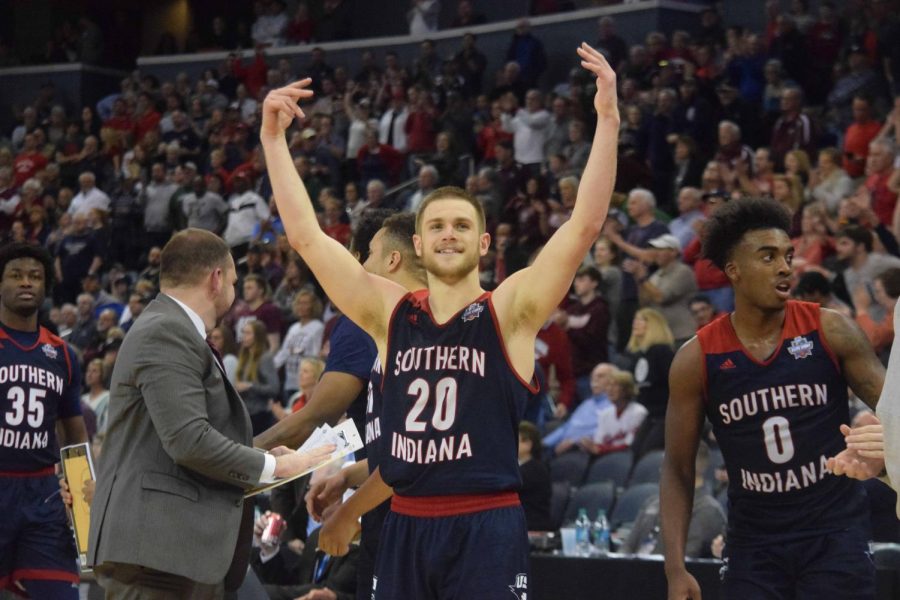 Alex Stein, senior guard, celebrates with the fans after they defeated Western Texas University 94-84 Wednesday night at the Ford Center.

Former USI Basketball player Alex Stein was taken No. 12 overall by the Canton Charge in the NBA G-League draft on Oct. 26.

Stein scored more than 2,000 points during his career at USI and averaged an impressive 20.9 points per game.

The G-League is the NBA’s minor and is a platform for ameateur basketball players to play for NBA teams. Teams in the G-League have only signed 112 players throughout the nation.

Training camp starts on Monday and the season starts in two weeks.