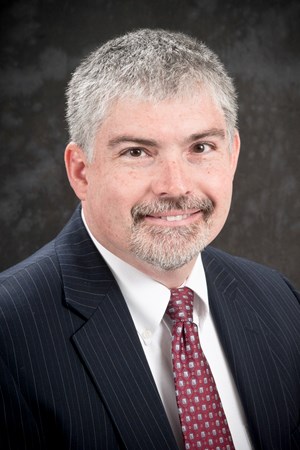 The university is hosting town hall sessions with faculty and staff throughout the year to address concerns regarding morale, lack of communicated vision and accountability that were expressed during the university meeting in August.

“This is probably the beginning of creating a culture where we do this more often so that everyone is aware of what is going on, so we can work towards solutions together,” Purcell said.

Faculty, staff and community members were invited to a town hall Oct. 2to ask questions and make comments about concerns they have about the university.

“I would say it went as expected because this was expected to be a positive experience,” Purcell said.

Purcell also said that the purpose of the town hall was to help the students.

Two of the issues brought up in the first town hall the university’s budget deficit of $1.3 million dollars, which prohibited faculty and staff from receiving raises this year.

President Ron Rochon said at the university-wide meeting that raising salaries by 1% would have created a $2 million deficit. Twenty full-time positions would have had to be eliminated to cover the deficit.

“We don’t want to be in the situation where we are spending more than what we have,” Vice President for Finance and Administration Steve Bridges said.

Bridges said that compensation is the university’s number one priority.

“If more resources are available, first and foremost, since we had a $500 raise the year before and $0 this year, my priority recommendation would be that we do across the board raises and merit raises,” he said.

Another way the budget was balanced was by making changes to the number of classes adjuncts are teaching. Bridges said the need for adjunct professors isn’t as high as before because fewer students are taking college courses at USI.

Students are coming in with college credits from dual credit courses taken in high school. By taking this into consideration and making the changes to the adjunct-taught courses, the university was able to cut the deficit by an additional $344,481.

The next town hall will be Nov. 13 with Vice President of Student Affairs Khalilah Doss.