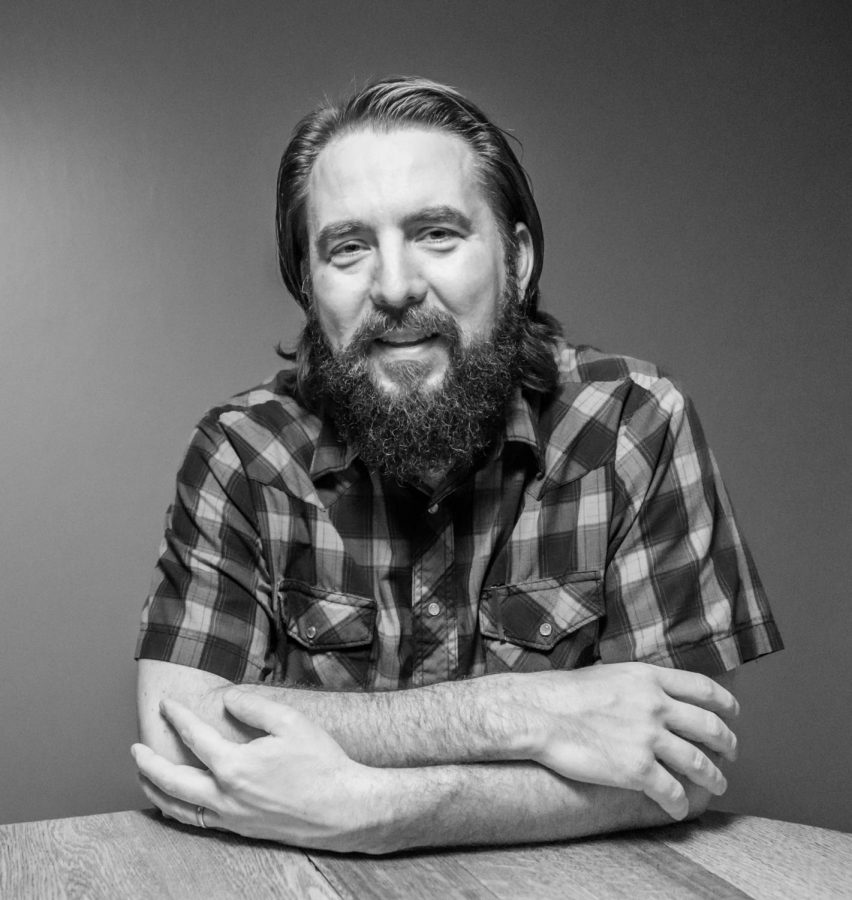 Writer Joe Wilkins will read from his novel "Fall Back Down When I Die" Thursday, 4:30 p.m. in the Griffin Center.

Joe Wilkins said he fell in love with writing because language is something that he uses every day to reach out to those he loves and to try to explain himself to the world.

The writer is now the author of the fictional story “Fall Back Down When I Die,” which was released last spring as the author’s first novel.

Wilkins will host a reading of the novel Thursday at 4:30 in the Griffin Center for the university community.

Wilkins originally went to college at Gonzaga University in Spokane, Washington for a degree in computer engineering before taking a few extra classes he was interested in, including a poetry class.

Wilkins said he immediately fell in love with the class and the use of language to express emotions and thoughts.

“Fall Back Down When I Die” is born from Wilkins’ own past in Montana. He previously published a memoir in 2012 and said this novel tells the story of the place through his characters’ eyes.

The novel revolves around two central characters, Wendell and Gillian, in eastern Montana during 2009.

Wilkins described his characters as being a little bit of himself and other people in his life. Wendell reminds Wilkins of the young men he grew up with who were capable, hard-working people who had runs of bad luck.

Gillian reminds him of himself and his mother, who was also a teacher with strong ideals that lead her to be a hard worker dealing with the forces of poverty, racism and institutionalized inequality within the classroom.

Wilkin released a book of poems in 2011 and a number of short stories before this novel.

He was working on another novel before beginning “Fall Back Down When I Die,” which he said was not a success but still taught him a lot about writing and working with a novel.

“I taught myself about character, weaving characters experience around other character experiences, so when I turned to this other story, I was more able, more ready to tackle it,” he said. “I love that about the practice of writing, how much I learn in the time I spent with paper and pen, working over this story I’m typing away out.”

Lukas Chandler, a junior creative writing major, said he really appreciates Wilkins coming to the university and is eager to meet with the writer.

“There are hundreds of campuses in the United States that (Wilkins) could go to and talk there and read,” Chandler said. “The fact that he is willing to come here and talk about his book, I respect that.”

Chandler said he encourages anyone looking for a new book to consider reading “Fall Back Down When I Die” because it offers a new perspective into the lives of poverty within Montana and the political alignments of people living scattered throughout the state.

Chandler said while reading the novel, he enjoyed the chapters being divided by narration rather than chapter titles, as it gave the reader the ability to switch perspectives and see each character’s life more clearly within the setting and the way they perceive other characters.

“I appreciate it more than a story that follows only one person,” Chandler said. “It gives more depth to the town and story.”

Chandler said he is grateful for the opportunity to talk with a professional writer and ask for advice on his own stories.

Wilkins said, as a young writer, having another writer listen to him and his questions mattered a great deal to him, and now he wants to give that back to students.

“I still enjoy going to conferences and hearing my heroes talk in person and see them as human beings and struggling with this art,” he said. “I want to try to give that back.”

He said writing will give people the wisdom to enrich their lives and helps people understand who they are as a human being.

“We’re trying to send that greatest, most truthful love letter out there to the world,” he said.