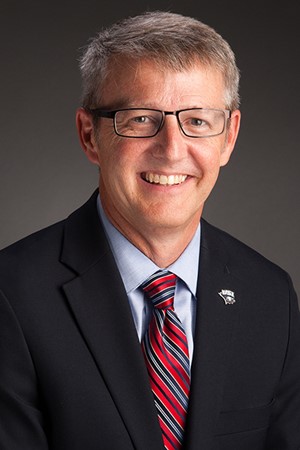 California Governor, Gavin Newsom, signed law on Sept. 30 stating student athletes can profit from the use of their names, images and likenesses despite push back from the NCAA.

The bill would allow student athletes to make money from signing autographs or having their image displayed on promotional material.

The bill will go into effect Jan. 1, 2023, according to the Los Angeles Times.

Currently, theNCAA does not allow students to profit or make endorsement deals under any circumstances.They have threatened to make California unable to compete in NCAA tournaments, claiming that money will make the games imbalanced because one team will have monetary incentive to win while the other one does not, according to the Washington Post.

Jon Mark Hall, director of the USI athletics department, said that he just wants what is best for the students and is not entirely sure if this is for the best or not.

“I’m all for making the college experience better for student athletes and making sure that they can make sure that they can take care of their expenses,” Hall said. “I think we all know that even for folks that could be on a full scholarship, there are still other expenses that go into being a college student.”

The NCAA also said this could bring down collegiate sports, claiming that the gap between amateurs and professionals would start to close, according to US News.

“It would definitely make those lines blurry unless we come up with some reasonable mechanisms to make sure that there’s some sort of control over it,” Hall said.

Hall said that one of the major concerns is in the NCAA is the separation of abilities and opportunities between communities and institutions.

Schools are also worried about the competitive advantage larger universities would have. Some schools in bigger communities may have more business opportunities than others, which would cause the student athletes choosing one school over another, and create an imbalance for the schools that are part of smaller communities.

“The gaps might lead to a student athlete making a decision ‘Oh I could go to that community and maybe make x amount of dollars from my name and likeness and image where if I go here I could…’ The competitive equity of it would be affected,” Hall said.

Some people, according to Hall, say that the athletes are already getting paid, with scholarships and the trips to and from away games and tournaments.

The NCAA has set up a model that is supposed to help keep the line in between divisions and professionals and Hall seems to agree it is working well.

“I still am a firm believer in the professional and amateur athletic model, so how could we do something like this that would help improve the situations for the student athletes while still keeping this model in place of a true line of distinction between being a professional and an amateur,” Hall said.

If a new law were to go through in other states, Hall thinks it would start with another state siding with California and after that it would turn into an all or nothing scenario. It would either change everything or it would change nothing.

If the NCAA does change it’s policy, the change will most likely be drastic for Division 1 schools, but, according to Hall, the change at USI would not be too obvious from an outsiders point of view.

The only drastic difference would be the student athletes getting to be part of the marketing work in the Evansville area.

“My initial reaction would be that at the Division II level, it’s not really going to affect us too much, but as with any rule change, with any change in dynamics, once it starts at this upper level, you definitely will feel some effects along the way,” Hall said. “Would it make life different? Yeah. Would it make it dramatically different for us? Maybe not.”

The NCAA decides to change the rules it will still have a huge impact on college sports as we know them. The competitions will get tougher with each team not only wanting to win for themselves but also for the monetary gain that the players could potentially earn.

“Hey, if there’s a great football player or basketball play in California, and they can sell their jerseys and some company wants them on a billboard, then that law states that they can do so, but it cannot now,” Hall said. “It’s just going to be interesting to see rather our parameters around that or are there no parameters, what’s that going to look like. I just don’t want it to be pro sports. I still want to hang onto this model because I think there’s a lot of positives to the model.”