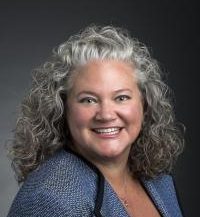 Dean of Students Jennifer Hammat was hired in May.

If Jennifer Hammat was asked what role she would want to occupy when she was in graduate school, she would have said the Dean of Students.

Hammat officially stepped into the position of Dean of Students in May after a nationwide search. She had previously worked as the Title IX coordinator at George Mason University in Fairfax, Virginia and as the associate vice president for compliance and assistant vice president of student affairs at the University of Texas in Austin.

Hammat said she feels that the dean’s first role is to be an advocate for students, but to also talk to faculty. She said the role is a natural blending of her strengths from her having worked with administration for a number of years.

Hammat said, as the new Dean of Students, she had been tasked with shoring up the assessment process with student affairs so that the university is accurately and consistently doing assessments for their program services. She also said the university is gearing up to review the student code of behavior.

Hammat said she wants to be visible and wants students to think of the Dean of Students Office (DOSO) as something beyond the place where conduct happens. She does this by reaching out to students through events and tabling and getting involved with student groups.

“If you don’t know where else to go you can always come here,” Hammat said. “Part of that is just helping students feel comfortable coming in to say, ‘I’m struggling I really am having trouble in this class, I’m having concerns with my major, whatever that is so we can get them to the right place.’”

Hammat said she is here to help and it never hurts to ask when students have problems.

“We expect students to make mistakes, so if you make a mistake and it’s something you need help with come in and let us know that you made a mistake…and let us know if we can be a part of the solution to getting you back on track,” she said. “The thing that I want students to always know is that if it’s hard, if they’re having a hard time, if there’s struggle I don’t want them to think they’re alone.”

Jason Honesto, a junior public relations major, met Hammat over the summer since he was an orientation leader.

“I absolutely love her,” he said. “She is one of the most inspirational human beings that I have met.”

Honesto bonded with Hammat since she lived for a time in his hometown in Lubbock, Texas. He said they are both very committed to the university and the students.

“She is a great listener and she knows a lot about people,” Honesto said. “I think she is an incredible addition to this university.”

Hammat said she wants parents to know that if their children can’t get a hold of them then the DOSO is somewhere they can go for help.