A career after basketball

How a former player’s experience shaped his life after graduation 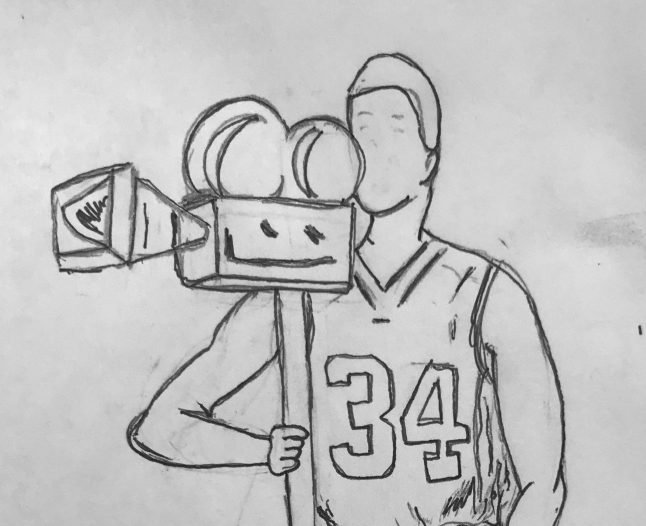 From USI to Malaysia, Australia and Thailand, one alumnus traveled the world to do one thing: tell stories.

Will Harris, a 2004 USI graduate and former basketball player, has traveled around the world and is now a well-known cinematographer.

Harris has always been in love with basketball and storytelling and while having nothing to do as a redshirt his sophomore year, he quickly found a way to combine his two passions.

“I felt like I had the power to capture moments,” Harris said. “So when I got my hands on a camera, I kinda felt like that was my Plan B. If basketball didn’t work out, I felt like I was going to try to make a career in film, and it worked out.”

Harris had to sit out his sophomore season because of an ACL injury the year prior.

“After my freshman year, I tore my ACL and going into my sophomore year, I had nothing to do as a redshirt, so I ended up buying a camera and kept filming stuff around campus,” Harris said.

Harris said that he thinks that everything has happened for a reason.

“I tore my ACL for a reason,” Harris said. “I bought the camera, that was by accident as well. A random trip to Walmart and I saw a camera and I had some money at the time. If it wasn’t for those occurrences at USI I don’t think I could be where I’m at today.”

Even though Harris still loves basketball, he says that he wouldn’t play if he had to trade his camera in.

“I feel like basketball was a chapter in my life and I feel like what all students need to know is you have tunnel vision when you’re young.,” Harris said. “You don’t see adulthood.”

One of the best things that happened to him was in his senior year when Harris was messing around in the gym one day.

Rick Herdes, Harris’ coach, just stared at him and shook his head.

“He was just like, ‘You got one more year until your going to learn what life is really about’,” Harris said.

Harris said that people who graduate are going to learn how hard life is outside of college and that success is extremely had to achieve.

“People can look at my success now and not understand that I went through a period of failure and struggles after college,” he said.

Harris said that he wasn’t prepared for the real world at the time after college, but that he was going to make the best of it.

“It wasn’t until my back was against the wall and I had no choice but to work a job and be miserable, then I said ‘fuck it, I’m going to do what I want to do in life’,” Harris said. “I’m not going to wake up every day and be miserable working for someone.”

Harris didn’t know what he was going to do with the film, he just knew that he wanted to do something with it. It took him a few years to figure out how to make money with the film. It was difficult and he struggled a lot in the beginning.

Harris’ number one reason to become a professional basketball player was to travel the world. He wanted to go to places he had never seen before. Cinematography helped him keep in touch with his love of basketball and storytelling, while still being able to travel the world, but he has no plans to go back to basketball.

“Film has taken me around the world many many many many times. More than basketball could ever have,” Harris said. “I’ve traveled more than an NBA player right now, because of my career.”

Harris said that if he could give some advice to USI athletes it would be to cherish the friendships they make and the memories they gain while here.

“You only got about four or five years until you pass sports and then after that, you have a life that you have to live,” Harris said. “So you have to just cherish life in general because life is short. At the same time, you gotta just enjoy being young. Don’t try to rush anything and just live your life accordingly.”

Harris lived the life of an athlete and created a business with his combined love of basketball, storytelling and traveling.

“I lived a life of an athlete that played for one of the top basketball programs in America at the time, and I definitely enjoyed my life,” he said.