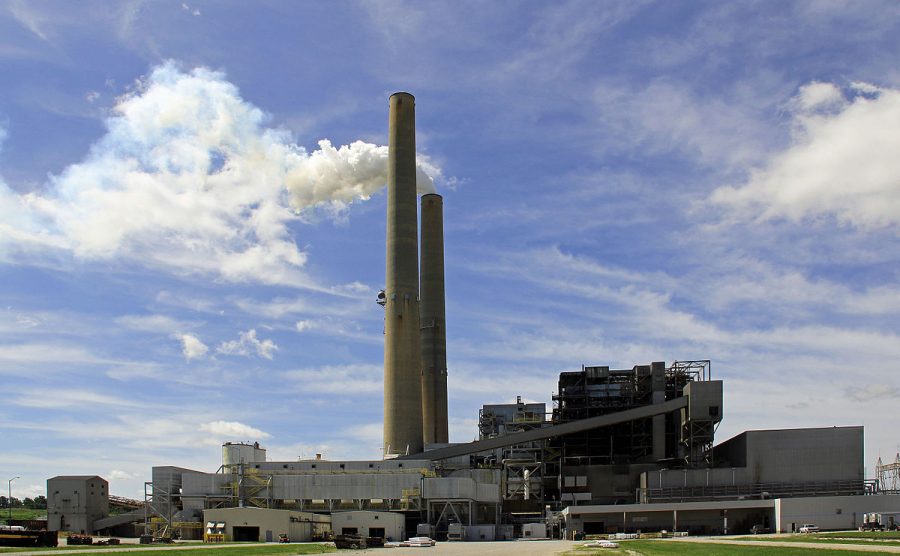 Evansville is known for the beautiful rolling hills, dense forests, and the Ohio River, but what most people are unaware of is the amount of pollution surrounding the city.

Seven coal-powered plants lie within 30 miles of the city. These so-called “super polluters” produce greenhouse gases and pollutants that are not only harmful to the environment, but to people’s health as well. Southwest Indiana produces millions of pounds of toxic air pollution around as much as places like Hong Kong and Sweden, which are known for their profitable plants, according to The Center for Public Integrity.

These plants make up 40% of the state’s electricity, yet only 6% of Indiana’s population lives in this area. This energy produced then has to be transferred throughout the state.

Southern Indiana is not taking any action to lessen the use of coal. The Indiana Department of Environmental Management approved a permit for Riverview Energy to start building a $2.5 billion coal-to-diesel plant in Dale, Indiana, roughly 50 miles from Evansville, according to the Dubois County Herald. This plant will be producing millions of barrels of clean diesel and Naphtha, a flammable oil, but will be using 1.6 million tons of coal. Although the air permit was approved, the plant will still be using millions of pounds of coal, a non-renewable resource.

Freshman Environmental Science major Ty Lauderdale is a native of Evansville, having lived on the north side his whole life. Lauderdale enjoys nature and desires to work outdoors in the future.

“Nature and conservation are very important to me,” said Lauderdale. “I would like to work in that field someday.”

Lauderdale, like most people, has not noticed the pollution in the area. It often appears as just a haze in the sky, something that the common eye doesn’t seem to notice. Though it may not have any visual effects, it can be seen in an increase in people with asthma in the area. However, he is aware of the super polluters in the area and their effect on surrounding areas, even if it is overlooked.

“I feel like research should be done around Evansville to identify the factors of pollution and help prevent them,” Lauderdale said. “I feel as if they should be strictly regulated and fined if they don’t meet certain criteria, with the fines going to organizations that support conservation. Southwest Indiana and USI should advertise being as green and environmentally friendly as possible, and even hold events that promote green energy.”

Recycling, conservation, and green energy, which harnesses power from natural, renewable resources, such as sunlight, wind, and water, have stirred much debate among the younger generation, but many are oblivious to their daily actions that have a huge effect on the environment. One prime example, as Geology professor Paul Doss noted, is the idling of cars in parking lots on campus.

“I walked down one row of the parking lot the other day and saw eight cars sitting there, idling,” Doss said. “They had their windows rolled up and their air conditioning on. Many people don’t realize that they are burning fossil fuels, which are non-renewable resources.”

Doss has taught at USI for 22 years. He has taught courses relating to environmental geology, with his focus being on groundwater and shallow surface water. Doss worked for the U.S. Geological Survey while he was still an undergraduate student, and discovered his passion for shallow surface water systems, and how dynamic they were, transporting pollutants and maintaining lakes and streams.

Pollution has infested the Ohio and Wabash Rivers for almost 100 years, they haven’t always looked muddy and brown, contrary to popular belief. Southern Indiana has become extremely polluted since World War II due to continued deforestation and the rise of the coal industry. Evansville factories were powered by non-renewable resources to manufacture war materials.

“It’s time to move on,” Doss said. “Move on from fossil fuels. People should be thinking more on how to save their planet and use greener sources. Stop using so much energy and burning these fossil fuels. It’s ignorant.”