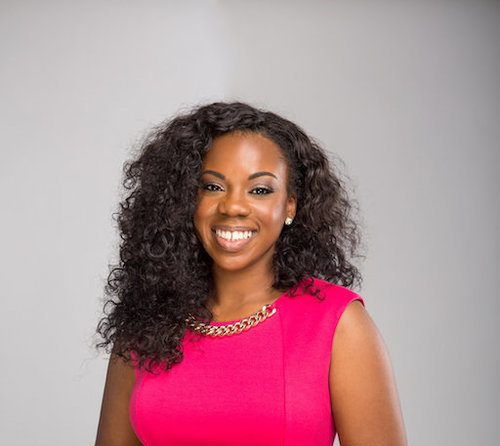 Beverly Gooden, creator of the hashtag #WhyIStayed, will speak Sept. 18 at 6 p.m. in Carter Hall.

The Knowledge for Life Speaker series will be held at 6 p.m. Sept. 18 in Carter Hall with speaker Beverly Gooden, a domestic violence survivor and creator of the popular hashtag #WhyIStayed.

Assistant Director of Student Development Programs Jennifer Garrison said she asked Gooden to come to the university to educate students about gender violence through personal narrative. Garrison said by using personal experience, Gooden gives an added human emotion and connection to the issue.

“(Gooden) shares her story which is an incredibly courageous thing to do,” Garrison said.

Garrison said she hopes students not only learn more about domestic violence but also ways to deal with being a bystander to violent acts and how to become advocates to stop domestic violence.

“I encourage students to come because you never know when you’re going to need information,” Garrison said.

The event is co-sponsored by Students for Gender Violence Awareness, who will have a table to promote the organization.

“It just made sense,” Garrison said. “It’s so closely tied with what (Gooden) is talking about, that we wanted to partner with the student group and make sure they could recruit and get the word out about their organization.”

Students for Gender Violence Awareness President Katelyn Vinci said she was inspired by Gooden’s work in the #MeToo movement. Vinci said Gooden’s hashtag started a conversation about domestic violence and allowed people to share their own experiences and stories in a new way.

“(Gooden) is a fantastic person,” the junior social work major said. “I am so excited to hear her speak. I just think it’s cool that she’s coming because I feel like people are going to listen to her more.”

Vinci said her organization will be providing resources and pamphlets for any students interested in learning more about gender violence, local resources, campus resources and more.

“The overall goal of our presence there is to also bring awareness about what our club does on campus so if people leave the event thinking ‘wow I want to do something about this,’ they know that there is a club on campus that dedicates their entire work to that,” Vinci said.

The organization works to eradicate sexual and domestic violence on campus through survivor support, sexual assault awareness and bystander intervention.

Vinci said events like this help bring a conversation to campus that focuses on each of their standards.