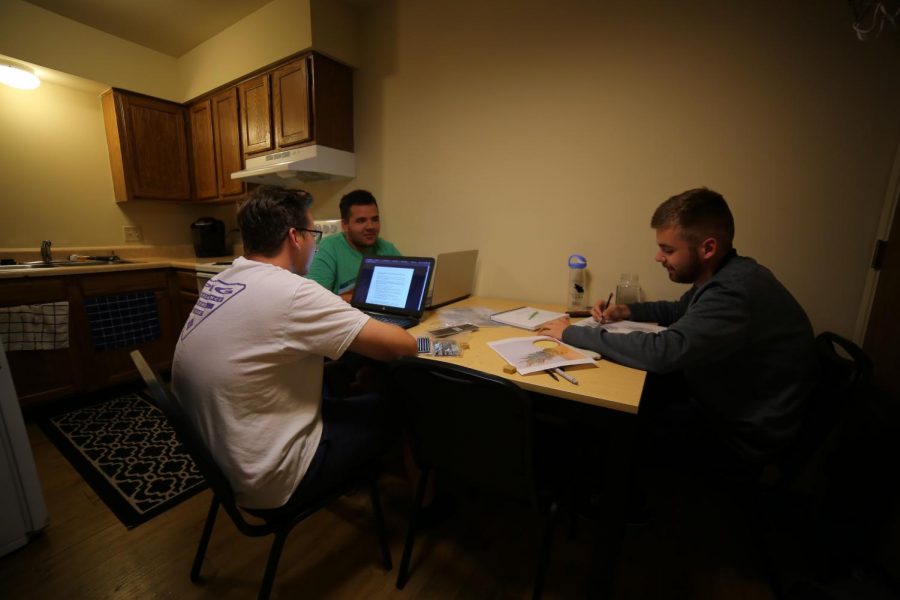 Rebeka Mercker and other members of the Student Housing Association waited anxiously over the summer to hear if the change in the visitation policy would be passed.

The policy change, allowing students to have members of the opposite sex stay the night on campus went into effect Aug. 1.

“We were working on it most of the year last year and were able to look at what the original policy was and worked on getting a survey developed,” the senior biology pre-med major said. “We then sent our proposal up the chain of command and they said to tweak a few things and then send it back…we sent it back at the end of last year, and when we got back to school it was passed through which was very exciting.”

Merker said she is also excited to say she was a part of a policy change that is going to stick around.

“I think it would be really cool to look back on in the future,” she said. “Even if I have a kid that comes to USI, and someone spends the night I can be like ‘Oh, I was a part of that.’ It’s a legacy to leave behind.”

Mercker said the university was the only state school in Indiana without an open visitation policy, which helped push them to try and make a change so they could match other universities.

“It was really cool to see us make a change that is this big and to actually be a part of it,” she said. “Although it doesn’t really affect me personally, I know so many people it is going to effect…a brother couldn’t stay with their sister before and that’s really restrictive when your family visits, so I think it’s really important this change happened.”

Mercker said during the process she was the Director of Business Administration and there were often days she would leave class, run to the meeting and then as soon as it ended she would have to run off again.

“I don’t like not doing things, I like staying busy,” she said. “Every other week we were working on the proposal…but it turned out really well in the end.”

In 2011, SHA proposed a visitation policy that didn’t make it through administration, however, Mercker said their proposal helped build a strong foundation for the current one.

“Having their proposal helped hugely, but we also wanted to show we had student support throughout,” she said.

Amy Price, director of Housing and Residence Life, said when SHA brought her the proposal she told them it looked good, but she wanted SGA’s support for the policy change.

“SHA went to SGA and got a letter of support,” she said. “So then they gave the proposal to me and I presented it to the president, vice presidents and brought it forward for approval. They worked very hard on this proposal and put a lot of time into it.”

Price said the feedback they received from students helped it move forward.

“I think the feedback has been positive, some students are saying it’s about time and we were kind of at that point,” she said. “…We have kept everything in place as far as people have to register their guest. That is a non-negotiable for safety and security for students.”

Price said it is essential for roommates to give their permission before a guest is allowed to stay in a room.

“I don’t want anyone to feel uncomfortable in their room,” Price said. “So talking about when guests can be over is a part of the roommate agreement every student does…The roommate’s rights supersede any student wanting to have another guest, and that’s the most important thing. ”

Price said she didn’t get any pushback from the administration, their only concern was about student safety, which SHA had in the proposal.

“It’s a big change for some people and an exciting one,” Price said.

She said the university is currently looking at a lot of the policies and are evaluating them to see how they can best support students academically and socially.

“I think USI is looking at these policies and asking does it make sense we are doing it this way?,” she said. “I think this is an example of looking at what the students want and how do we retain the awesome students we have…When you have things more we restricted and we aren’t inline with other schools, we might not get some of the best student scholars.”