Lucas McNew and and Jacob Fleming feeling good about season despite double header. 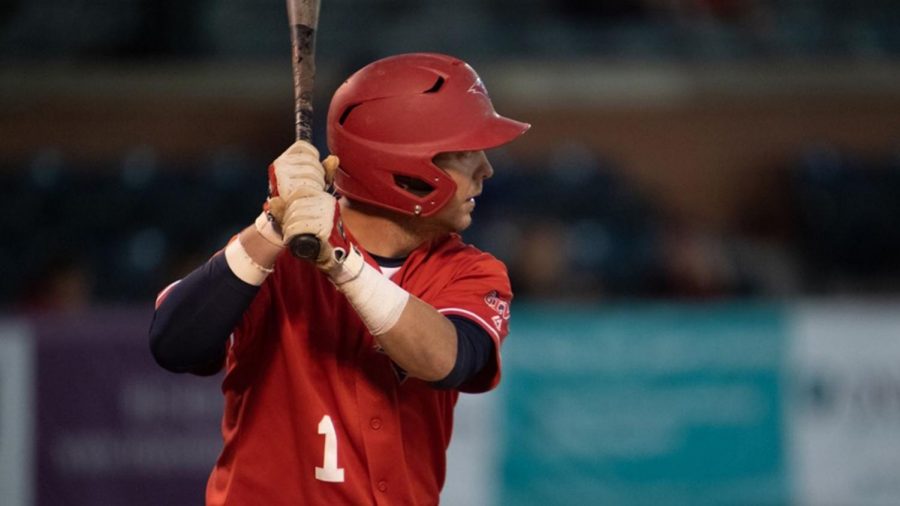 Jacob Fleming up to bat against the University of Indianapolis.

The USI Screaming Eagles baseball team lost in a doubleheader against the University of Indianapolis Saturday.

The Screaming Eagles tied against the University of Indianapolis Greyhounds, when freshman pitcher and catcher Lucas McNew batted in senior infielder Jacob Fleming, making the score 7-7.

“I felt good. It obviously didn’t go the way we wanted it to on Saturday, but we definitely have to get back at it after that,” said McNew. “I feel that we were pretty strong and hopefully get a run in the postseason.”

The Screaming Eagles fell just short of winning at the end of the game with 8-7.

In the second game against the Greyhounds, USI fell behind in the very first inning 2-0.

The Screaming Eagles got their first point of the game in the third inning, while the University of Indianapolis was up six runs.

Jacob Fleming got sophomore shortstop Ethan Hunter home with a grounder at the top of the seventh inning, scoring a single RBI and gaining the Eagles their third and final point at the end of the game.

“I feel alright. We battled. We had a little difficulty the last day. So we just need to come out stronger this next weekend,” Fleming said.

Fleming said the team is very different this year than in the past years he has played here.

“We have a lot more speed than what we’ve had in probably the last years I’ve been here, and so it’s been a big adjustment for us,” Fleming said.