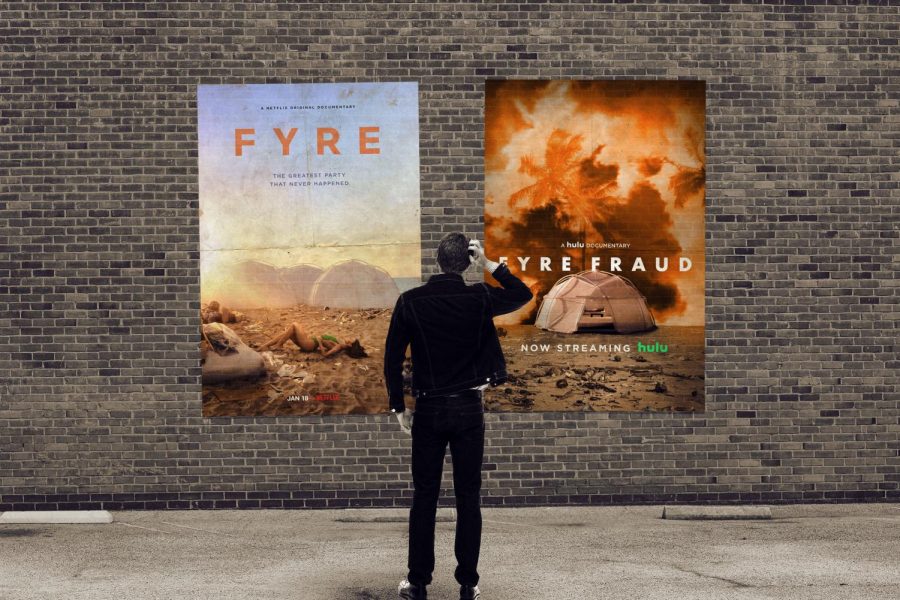 Fyre musical festival may have been a disaster, but the documentaries were far from it.

Netflix and Hulu both spotlighted the festival’s debacle in different but still significant ways.

The competing streaming services uncovered the untold stories of the marketers, festival-goers and contractors who were scammed by the organizers.

Fyre music festival was supposed to be the festival of 2017, beating out Coachella, Woodstock and Lollapalooza. The spectacle failed to live up to the hype and resulted in unpaid workers, unhappy customers and a prison sentence for the man behind the multi-million dollar scheme.

The brainchild of entrepreneur Billy McFarland and rapper Ja Rule, the festival was meant to help promote the new Fyre app, which was designed to connect rich individuals with music artists to play at their functions.

Netflix’s documentary “Fyre: The Greatest Party That Never Happened” in particular captured our attention from the start by outlining all the factors that led to the festival’s demise.

The organizers’ grand concept planned for festival-goers to connect with supermodels and big name artists like Blink-182 on a stunning beach in the Bahamas.

Festival attendees were offered $250,000 worth of yacht rides, personal cabanas, private jets and a luxurious weekend private island in the Caribbean, but instead, they gave sliced cheese slapped on a piece white bread, FEMA tents and no electricity.

The festival was so unorganized and over budget that all the musical acts pulled out. Suddenly a luxurious weekend turned into a free-for-all for luggage, mattresses and shelter.

You sit at the edge of your seat as you watch hundreds of people scrambling to find mattresses to sleep on only to discover that there is not enough and the ones that are available are soaked from the prior night’s rain.

The Netflix documentary told the captivating story of many of the festival employees, including a restaurant owner who was never paid for catering the event and paid her workers with her retirement fund.

After the documentary was released, viewers raised over $100,000 to refund her retirement, but many of the other Bahamian workers who built the stage and the living accommodations were never paid for their efforts.

The documentary takes you through a whirlwind of emotion hearing story after story of how McFarland, the festival’s mastermind, cheated and scammed thousands of innocent consumers and employees.

McFarland’s side of the story was elaborated on more in Hulu’s documentary “Fyre Fraud.”

Unlike Netflix’s documentary, McFarland himself appeared in an intense interview with Hulu, deflecting blame and wrongdoing for his role in the hoax.

The feeling of watching this man fumble his way through an interview, knowing he has extorted his employees and customers, is cringeworthy.

The disastrous Fyre Festival led to a $100 million class action lawsuit against McFarland and Ja Rule in May of 2017. McFarland was arrested by federal agents on June 30, 2017, and posted was released on bail on July 1.

But that’s not the end of the story.

When McFarland was released on bail, the scheming never stopped. He began selling fraudulent tickets under someone else’s identity, all of which was filmed on camera. This was great news for Hulu, but not for his chance at innocence.

McFarland pleaded guilty to two counts of wire fraud in March 2018 and was sentenced to six years in federal prison in October of that year.

So if you are thinking of starting a music festival in the Bahamas, you might want to make sure you have enough money…. and time….. and you haven’t made a career out of cheating people out of their money.