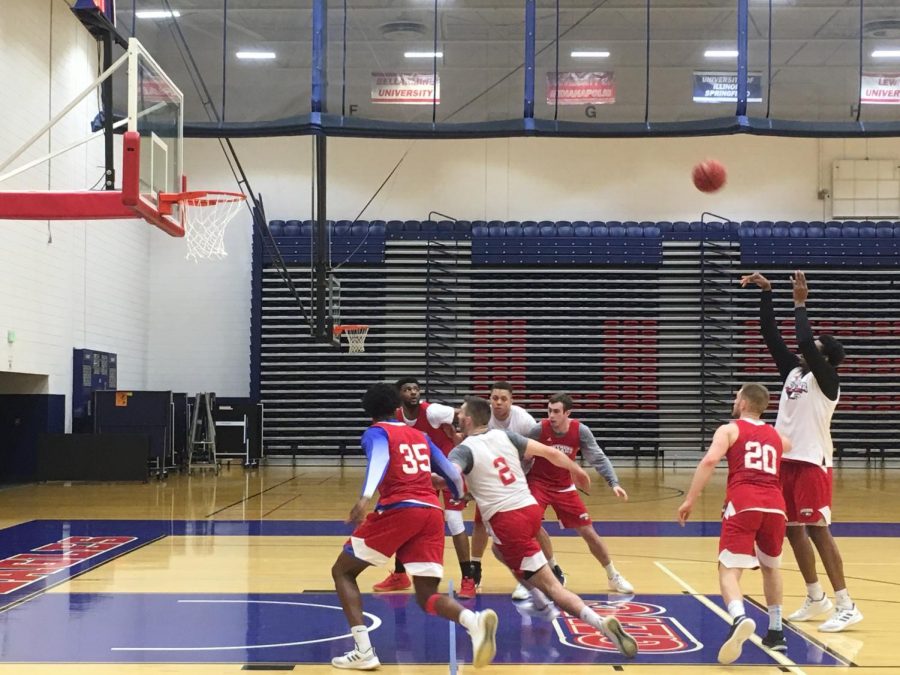 Nate Hanson describes the feeling of winning that game like he was seeing it on TV.

“First half, we started out really well, and they ended up going on a run. They went up about 18. Second half, Coach Gant, gotta give credit to him, came up and it really got us motivated to play and we have a really great leader, Alex Stein. He’s able to lead us on and off the court and we really put our faith in him. He got us open. He got us shots. He’s really playing for all of us and that really helps,” the senior guard and forward said.

“It was almost a feeling of disbelief because you only see that stuff on TV. we all knew we could do it but at the end of the day we all like ‘wow, can’t believe we just did it.’ For us to just be able to finish that game was just awesome,” Hanson said.

Sophomore forward Emmanuel Little said, “I knew it was going to be a hard fought game. Sitting on the bench and not being able to talk about my team in the first half, but knowing that there was going to be the second half, another 20 minutes. That was hard.”

Alex Stein, a senior guard, described the second half as if the team had an entirely different energy.

“We came out a little flat, and both ends of the floor. Just didn’t play very very good defense, especially in that first half, but in the second half, we had different energy, different intensity. I think that really helped lead us to a win,” Stein said. “It was super exciting. It was just going on a run like that at the end of the game. Everybody is just super locked in and super excited. I think we just had a different mindset at that point in the game. We just had that confidence in ourselves and it paid off.”

Little is a starter for the upcoming NCAA Division II Championship game and he seems excited about the Bellarmine game.

“Oh yeah, I think we’re ready for it, and we get better day by day. I think we’re all mentally prepared, I think we need to fine tune a couple of things, but, after that, I think we’ll be alright,” Little said. “Postseason is always a little stretch but I feel like everybody’s ready, I think that we have a good chance of winning this.”

Little hopes to win the game to give the Stein the championship he deserves.

“We showed that we could beat the number one team in the country, and we can beat great teams on the road, and these are home games for us, we got the crowd on our side and we look at matchups and we like to see. We’re really excited to get this thing going,” said Hanson. “We can beat every team in this tournament.”

After four years of playing basketball, Hanson is feeling good about playing against West Texas A&M.

“This is my fourth year playing college basketball. I don’t really get nervous before games anymore, it’s more anxious. I’m ready to just get out there and get going because I know how good we can be, and I trust everybody on the court and I know what everybody is going to do. It’s just a really good feeling when you have all that trust in your teammates,” Hanson said. “I just really hope that the city of Evansville comes and supports us this weekend.”

After beating Bellarmine and getting into the NCAA Division II Championship, Stein said, “I believe that we all have confidence in each other and we all trust each other and we all believe that we can win … We’ve been playing really good teams pretty much every night all year long, so I think we’re prepared for it, we just got to keep doing what we’re doing in practice.”

“I just hope to lead these guys. Lead these guys to victory. Just be that senior leader that I need to be,” Stein said