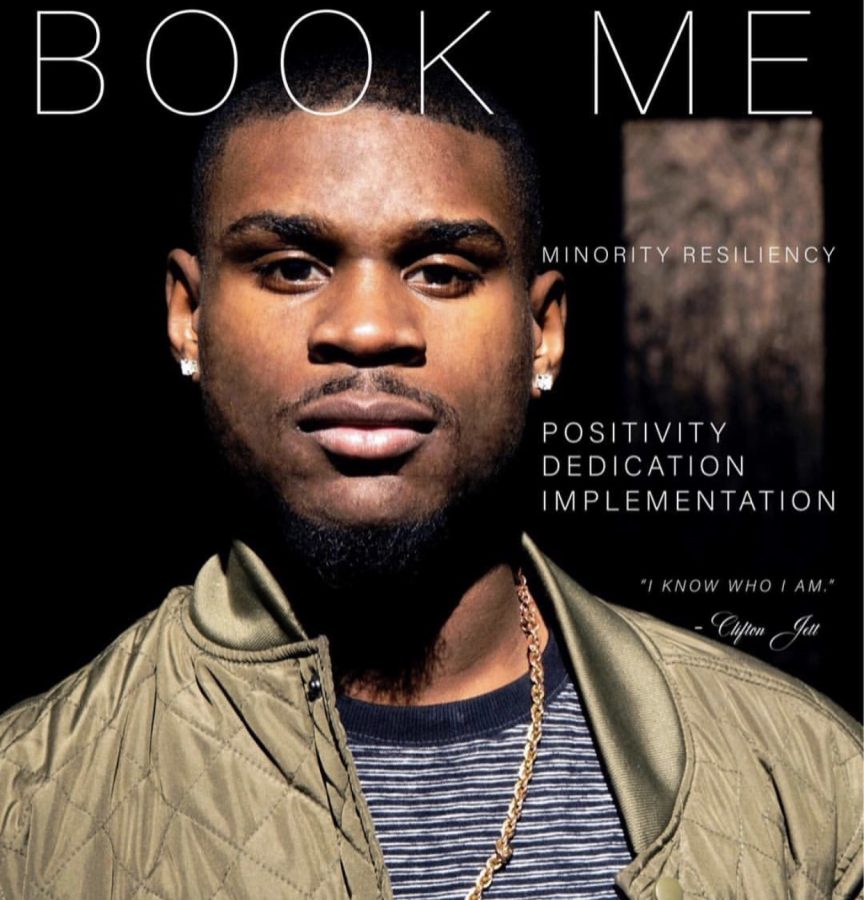 Clifton Jett Jr. has a mission to provide leadership, inspiration and dedication for minorities.

The junior theatre major has been giving presentations for his Minority Resiliency Tour since after Christmas break. The tour is a way for Jett to target minority communities and groups in regards to various topics that causes them to become minority groups.

He targets groups in relations to the lifestyle that he lives, which includes people with disabilities, people with low incomes and first-generation college students.

“I’m the type of person who goes beyond to eliminate the stereotypes of these minority communities,” Jett said.

Jett uses his experience as a minority to help other communities with how to succeed living as a minority, academically or not.

The tour came about after Jett wrote a story titled “Minority Resiliency” that was featured in the story treasury “TRiO Tenacity: Stories of Students Success” published through the USI Division of Student Support Services.

He discussed what life was like as a minority and how school can be academically challenging. After the story received public attention, Jett decided to expand it into a book he plans to publish over the summer.

Jett wanted a way to share the content of his book to people who were not readers, so he looked to his voice.

“My voice is probably the most powerful thing that I have, a lot of people want to hear more, so why don’t I use my voice to help people?” Jett said.

Jett started off telling people locally about his book before it caught attention and people began reaching out to him.

“It’s another form of inspiring through not only my novel, but also through my voice,” Jett said.

Jett first spoke at the Tri-State Alliance, an LGBTQ+ organization in Evansville.

“It was quite interesting because it was the smallest group I ever worked with,” Jett said. “It was a smaller group, which I loved because it allowed me the opportunity to get closer with the students who were present. It allowed me the opportunity to get to know them to understand the place they were coming from, to listen to them and for them to get to listen to me.”

Jett presented in Las Vegas, Nevada, over spring break and he plans to present in Tennessee, Georgia, Texas, New York and Illinois. Jett presents to high school and middle school students through Federal TRiO programs like Upward Bound and Student Support Services, which are programs that he went through as a student. Jett also talks to high schools outside of TRiO programs.

Jett said networking has allowed new programs to reach to him. This includes LGBTQ+ groups and groups in relation to students who are academically challenged.

Jett lets groups choose one or two subjects in relation to their group or what they want him to talk about. He also gives general speeches and presentations in regards to life as a minority and how to be resilient.

The contents of Jett’s presentations depends on who books him and what they want him to speak about. The presentation can go from a minimum of an hour to a two and a half presentation with workshops. The workshops are on how to become resilient a way for the students to communicate and work with each other.

Jett always enjoyed working with the youth. He is involved with Student Support Services at USI, he works with the Upward Bound program from his old high school to prepare high school students for college and he currently works at an elementary school.

“I love kids,” Jett said. “I think I love kids because I like to inspire them. I like to give them a reason to push forward, a reason to keep going, because I was a student who struggled and so I can relate to a lot of students who may find themselves as a minority, no matter which way they are labeled a minority.”

Jett said since he is a student it allows him the greater opportunity to relate to the students he works with, whether that’s being LGBTQ+, first generation, low income or having a disability.

Jett said something different happens with every group he works with.

“(Jett) has a unique story to tell about his experiences as a minority, not just a minority that can identify with one particular subgroup, but multiple subgroups at once,” Pryor said. “Has been able to identify the fact that he has a resiliency and grit and he understands that there are a lot of minorities out in the world that really benefit from his message, just to see the light and the positivity that someone can have while still experiencing adversity so that they can finally overcome that.”

Pryor said the Minority Resiliency Tour is a way for Jett to take the things he wrote in the book and reach out to other individuals who might not have read the book otherwise.

“It’s pretty awesome to see someone who has come into our program develop and blossom to the extent that he has,” Pryor said. “He’s really developed into his own man with a vision and a message he wants to share and he’s taken it upon himself to get himself out there.”

Jett said although he plans to end the tour in August, he would have no problems continuing if he continues to get bookings and interest in the tour.

Jett said now that he’s finally out there in the community and changing the youth’s mindset and helping them succeed and feel better about themselves, it’s making him feel better about himself because he has finally accomplished what he wanted to do.

“I feel like I’ve completed my task,” Jett said. “I feel like I’m here, I’m doing my dream job now and what I’ve always wanted to do is happening. I could do this for the rest of my life.”