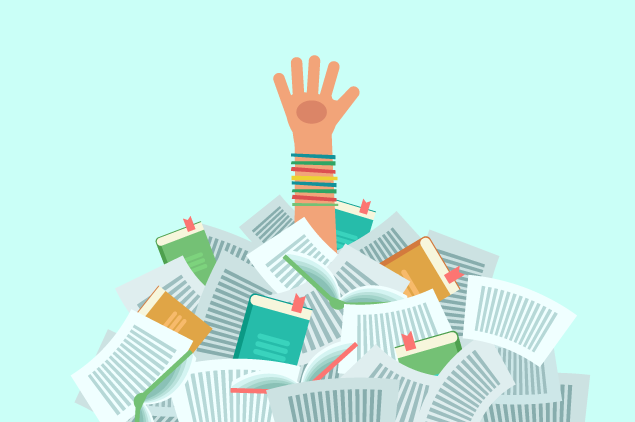 From the moment we are born, we are groomed to be the best and nothing but that.

The pressure to always be the best in the classroom, on the court or field and out of the friend group can become crippling.

Parents want their kids to be in the best universities, doing the best things and having the best careers, and failure isn’t an option.

Failure isn’t even in the vocabulary.

On Tuesday, “Full House” star Lori Loughlin and “Desperate Housewives” actress Felicity Huffman were among 46 people who were charged in a college admissions bribery scandal.

Huffman and her husband allegedly made a “purported charitable contribution” of $15,000 in order to get her eldest daughter into the school she wanted, according to court papers.

Court documents also said Loughlin and her husband “agreed to pay bribes totaling $500,000 in exchange for having their two daughters designated as recruits to the USC crew.”

Her daughters never participated in the crew.

This was shocking to me, I can’t imagine paying that much money to cheat so your kid can get into a specific school.

But then I realized that this isn’t just a problem for those who can afford it.

Even though most parents aren’t outwardly paying these big sums of money to have people take tests for their kids, the pressure is still there.

And it all starts from the beginning.

Parents have started paying hundreds of dollars for their kids to get into “elite” preschools.

This then goes into private elementary schools, where having all A’s will get you to stay in this private school for middle school and those grades will get you into an elite high school where you can take college classes at the same time.

High school is the biggest one because it defines your future and your perfect college and grades.

We are molded by society to always compare ourselves to our siblings, classmates and peers forming an unspoken rivalry of ultimately trying to be the very best.

We aren’t as encouraged to support others.

If someone succeeds in our lives, we tend to be jealous instead of happy for their achievements, however, it’s not worth the jealousy.

It’s not worth the stress.

It’s not worth the anxiety and worry and the crushing pressure to succeed the way everyone wants us to.

When I was younger, my parents always told me to give 100% and do my best and at the end of the day I know that I tried my hardest regardless of the result, and they do too.

I think we forget how important that is once we get to college or once we get caught up in the grades and prestige of certain colleges.

Just do your best, it’s all you can do. After all, we are only human.