How contemporary media is used in the classroom 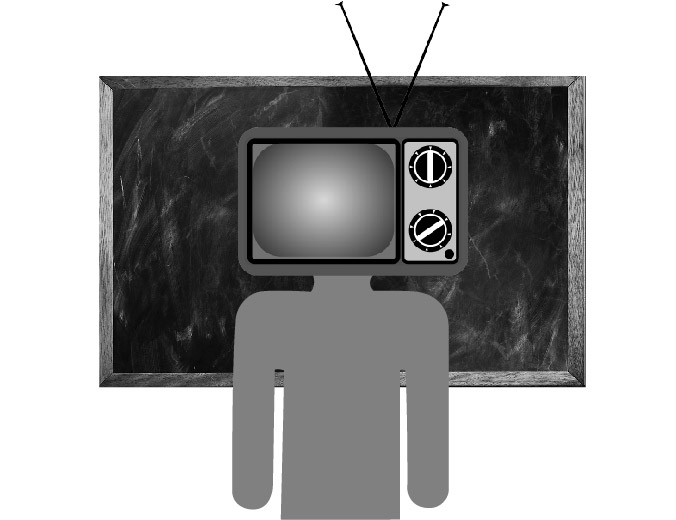 Ciera McCann said the real reason she watches television is for a break from the stress of school work.

“Usually it’s a way to escape the everyday struggle of college life,” the junior English teaching major said. “It’s important to do that so you don’t overwhelm yourself. A lot of college students have mental anxieties that can just be made worse when you don’t sit there and turn off your brain for a second.”

McCann said students need an outlet that allows them to take a break from focusing, relieving stressors and anxiety caused from college life. Television is a great way to add a breather into McCann’s day as a time filler.

“It helps because you find out you have this thing in common, and then you keep talking and you talk about this other thing and it builds into this whole bigger friendship,” McCann said. “It’s something that can just bring people together. You can have movie nights with your date or your friends.”

McCann said using TV shows to connect can also help describe a person as many shows require certain aspects and personalities for a person to enjoy the show. McCann believes shows like “The Office” are very mainstream and comedy based while “Doctor Who” implies a more nerdy and quirky personality.

Benjamin Heldt uses television references in college all the time, including in research papers, and as a way to understand his class materials.

“Pretty much every semester I’ve found some way to talk about ‘Game of Thrones’ in a paper,” the sophomore creative writing major said. “It mixes the two things I’m most passionate about which is fiction and stories. Writing and research is always more fun when you do it on something you like.”

Heldt said even his professors will use television references to explain new points making it easier for Heldt to learn notes and connect with his professors.

“I’m going to pay more attention to someone who related more to me, even if it’s just some obscure common interest,” Heldt said. “It’s really hard for me to sit in a class all period and not take something the teacher said and connect it to a TV show.”

Director of the College of Liberal Arts Living Learning Community Jennifer Horn said she often uses television as a way to relate and bond with her students.

Horn believes television can influence assignments and the way students and faculty look at the world.

“I think that there are interesting ways to look at television and how to bring it into the classroom,” Horn said. “It’s a good way to get people engaged in the work ahead. It’s not all about the page anymore. We don’t live in a world where everything happens on the page. We live in a world where things happen on a lot of different platforms. It can make a lot of sense to incorporate those things into the classroom.”

Horn said she shows episodes of “Expedition Unknown,” references “Game of Thrones” and recently discussed “The Ted Bundy Tapes” in different classes as they relate her classes’ environments.

Horn believes even older shows like “Friends” or “Andy Griffith” can be used as a learning tool that shows the lens we use to look at the world through and helps us recognize what was happening in our history.

Horn said television is also a great way for professors to bond with their students.

“The best learning happens when you are able to connect,” Horn said. “We can talk about these things that we have in common. Those things bring us together, so we have a better understanding of each other but also talk about other things that are more important.”