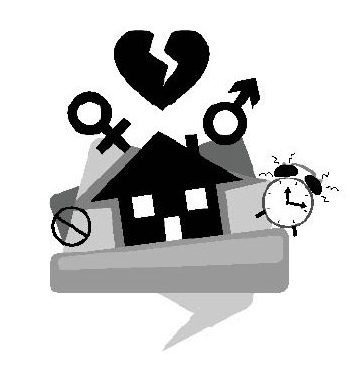 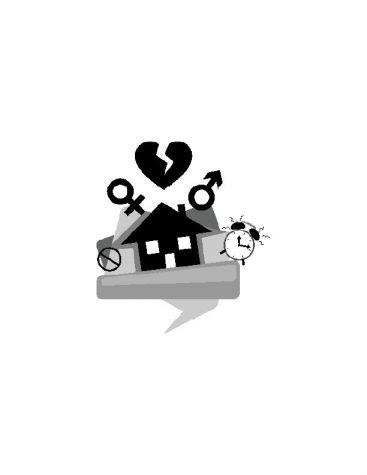 Kassie Miller met Collin her freshman year of high school while they were both involved in FFA (Future Farmers of America). Shortly after, the freshman health professions major and her now fiancé began dating.

Miller and Collin lived together until Miller decided to go to school and pursue a degree. Because of her scholarship, Miller decided it would be best for her to live on campus.

Not long before Miller packed up her belongings to move into her new apartment on campus, Collin was crushed under a beam at work and paralyzed.

“There is no accessibility for him in my apartment, at least,” Miller said. “Maybe there would be if I lived downstairs, but I live upstairs. Sometimes he comes to Evansville to do stuff, and he can’t hang out because there isn’t any way for him to get to my apartment, and we don’t always want to go eat out and spend money.”

Miller said accessibility isn’t the only issue. She said the overnight policy also puts a strain on her relationship.

“I hate not being able to be treated like I am an adult,” Miller said. “Even if it was my parents or something, anytime anyone treats me like I’m a child, I’m not okay with it. Most of the time we are treated like we are adults… then why can’t our boyfriends stay?”

Miller said she goes home every weekend to see Collin to accommodate.

“Last semester I would drive home after my lab on Wednesday at 6 p.m. We would get to spend four hours together before I had to wake up early in the morning and drive back,” Miller said. “Then Friday I would drive home again, and I wouldn’t come back to campus until Monday.”

Miller said she spent a lot more money on gas than she realized and has had to cut down on how often she goes home. Since then, Miller hasn’t been able to see Collin as often.

“It’s hard going that long without seeing each other,” Miller said. “Since he can’t stay here, I feel like I need to go home every weekend. And if things were more accessible for him, I feel like it would be better because it’s all on me all the time, and it could be more 50/50.”

“I know a lot of people who moved off campus just so they could stay with their boyfriend,” Miller said. “Which then it also kind of sucks because then if you’re not in a financial situation where you can have a job and work a bunch and pay for that apartment every month then you can’t do that.”

Kaylee Stafford said she is planning to move home next semester and commute to Vincennes University. The freshman nursing major said a big factor in the decision was being closer to her boyfriend.

Stafford said she has been driving the hour and 15-minute trek every weekend since coming to college in order to see her boyfriend.

“I think things would be better if he could come here and I could stay on the weekends,” Stafford said. “I think they should be able to stay at least one weekend a month. They probably have the policy like it is because of other roommates, and it might make them feel awkward or uncomfortable, but I also feel like that is a conversation you can have with your roommates.”

Stafford said rules about significant others should be decided among roommates and shouldn’t be enforced from housing.

“I think almost everyone would be for it, honestly,” Stafford said. “I can’t think of any reason someone would not be for it.”

Miller said she doesn’t understand the logic behind the policy.

“Well, personally, in my opinion, we are all adults,” Miller said. “It makes me feel a little belittled. We buy our groceries, take out student loans and pay for our gas, but we aren’t allowed to live our relationships like adults.”