The element of change 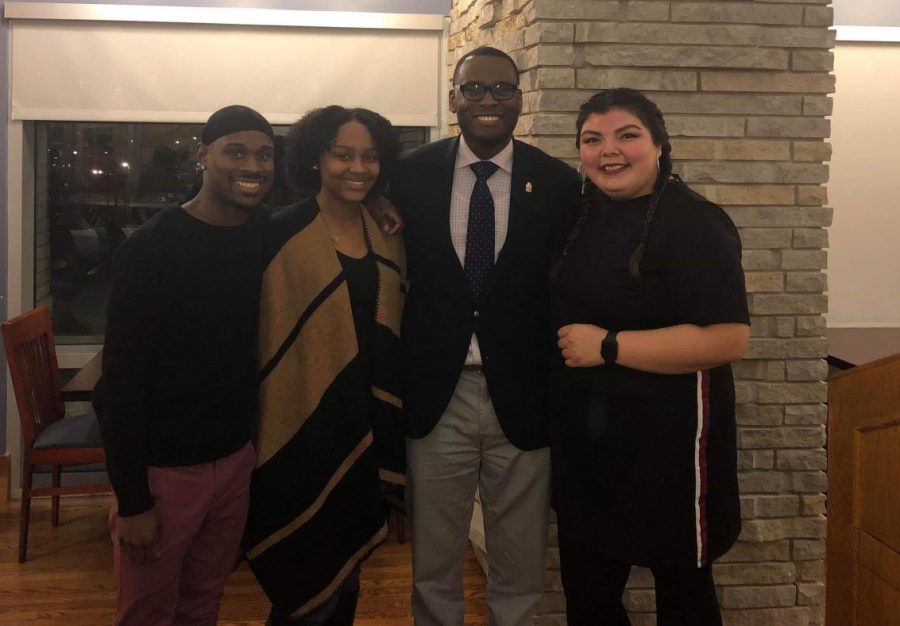 The sophomore biology major looked at her tightly curled black hair and felt that the soft poofs were too bold and drew too much attention to herself. She would singe her hair under the heat of a flat iron, trying to make her hair into what she deemed beautiful—straight.

It wasn’t until Burleigh came to college that she learned to love her hair, and everything else that made her an individual—her dark skin, her almond eyes and her wide smile.

Burleigh began her speech talking about little girls not accepting their curls.

“I was kind of talking about myself, in a way,” Burleigh said. “But now I embrace it. I like that it is part of my individuality. It’s the fact that it won’t be contained. It can’t be shifted and shaped and it does what it wants to do, and I feel like that’s how people should be. You shouldn’t be fit inside a box, you should be able to be expressive as you want to be.”

Burleigh’s speech won first place and a prize of $200.

“The Colorful Truth” was based off Burleigh’s perception of humanity and coming to understand the beauty of individuality and the colors that unite us all.

Burleigh said she has learned there are more dimensions to people than simply what they look like.

“I see myself as someone who is really understanding, and I don’t just look at someone and think I know everything about them,” Burleigh said. “I really try to understand that there is more behind the mask. It’s not just black and white, but it’s the colorful truth.”

The assistant director of the multicultural center said he hoped people were inspired to do public speaking in the future, found a new perspective and learned how something evolves from an idea to reality.

“This contest started with three people and two people in the audience,” Taylor said. “Now, we have eleven people signed up to speak and a full audience.”

“Too often we think of black history as, ‘well, Rosa Parks sat on the bus and Martin Luther King gave an “I Have a Dream” speech’ and we never talk about those freedom fighters that were involved in the shaping of Black History Month,” Taylor said. “Even though it’s called Black History Month, it a chance for all cultures to learn about different people.”

Taylor said that while the larger theme of the night was black history, the smaller sub-theme was “the element of change.” Each speech was centered on how each person interpreted the prompt.

Burleigh said if you have a voice, use it.